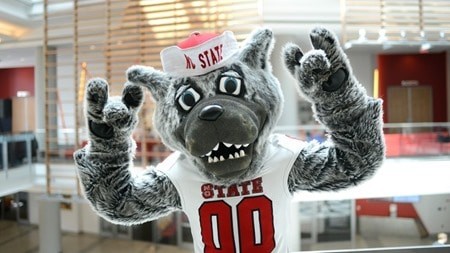 Five NC State students, including Alex Starnes from Electrical and Computer Engineering will head off around the globe as winners of prestigious Fulbright grants for the 2016-17 academic year.

Five NC State students, including Alex Starnes from Electrical and Computer Engineering will head off around the globe as winners of prestigious Fulbright grants for the 2016-17 academic year. As Fulbright Scholars, they’ll teach and conduct research in fields ranging from chemistry to architecture at sponsoring institutions in Europe, South America and Africa. QuiAnne’ Holmes, a senior majoring in both psychology and Spanish language and literature, will serve as a teaching assistant in Colombia. She is a member of the University Scholars Program, president of the peer mentor program for multicultural st

students and a senior representative on the Afrikan American Student Advisory Council. She also has tutored student athletes, served as a resident advisor and written for the Nubian Message.

Rachel Gonsalves, completing her fifth-year certification in the environmental design in architecture program, will conduct a research project titled “Tradition vs. Innovation: Cost-Benefit Analysis of Rwandan Construction Techniques” at the University of Rwanda.

She was a 2012 recipient of a U.S.-U.K. Fulbright Institute Award to Nottingham-Trent University. She also received a Fellowship Advising Office enhancement grant in 2012 to pursue an internship at CO2 Bamboo in Nicaragua.

Gonsalves’ sister, Lianne, received a Fulbright grant in 2010-11 to teach in Venezuela.

Danny Smyl, a Ph.D. candidate in civil engineering, will conduct a research project titled “Electrical Methods to Improve Monitoring of Structural Health” at the University of Eastern Finland.

Smyl, who earned B.S. and M.S. degrees in civil engineering from the University of Kansas, is a Marine Corps veteran who served as a platoon commander and assistant operations officer in Afghanistan. He also has competed in amateur powerlifting events.

Kyle Virgil, a senior in chemistry with minors in philosophy and biology, will conduct a research project titled “Solar Fuel Production through Catalytic Carbon Dioxide Reduction” at Uppsala University in Sweden.

He is a member of the University Scholars Program, a scholar in the Initiative for Maximizing Diversity program, president of the Society of Multicultural Scientists and student ambassador in the College of Sciences. He has presented his research at the Undergraduate Research Symposium and he is the second author on a paper in the Journal of Physical Chemistry.

NC State has produced 54 student Fulbright Scholars since 1946, and is recognized as one of the nation’s top Fulbright-producing institutions.