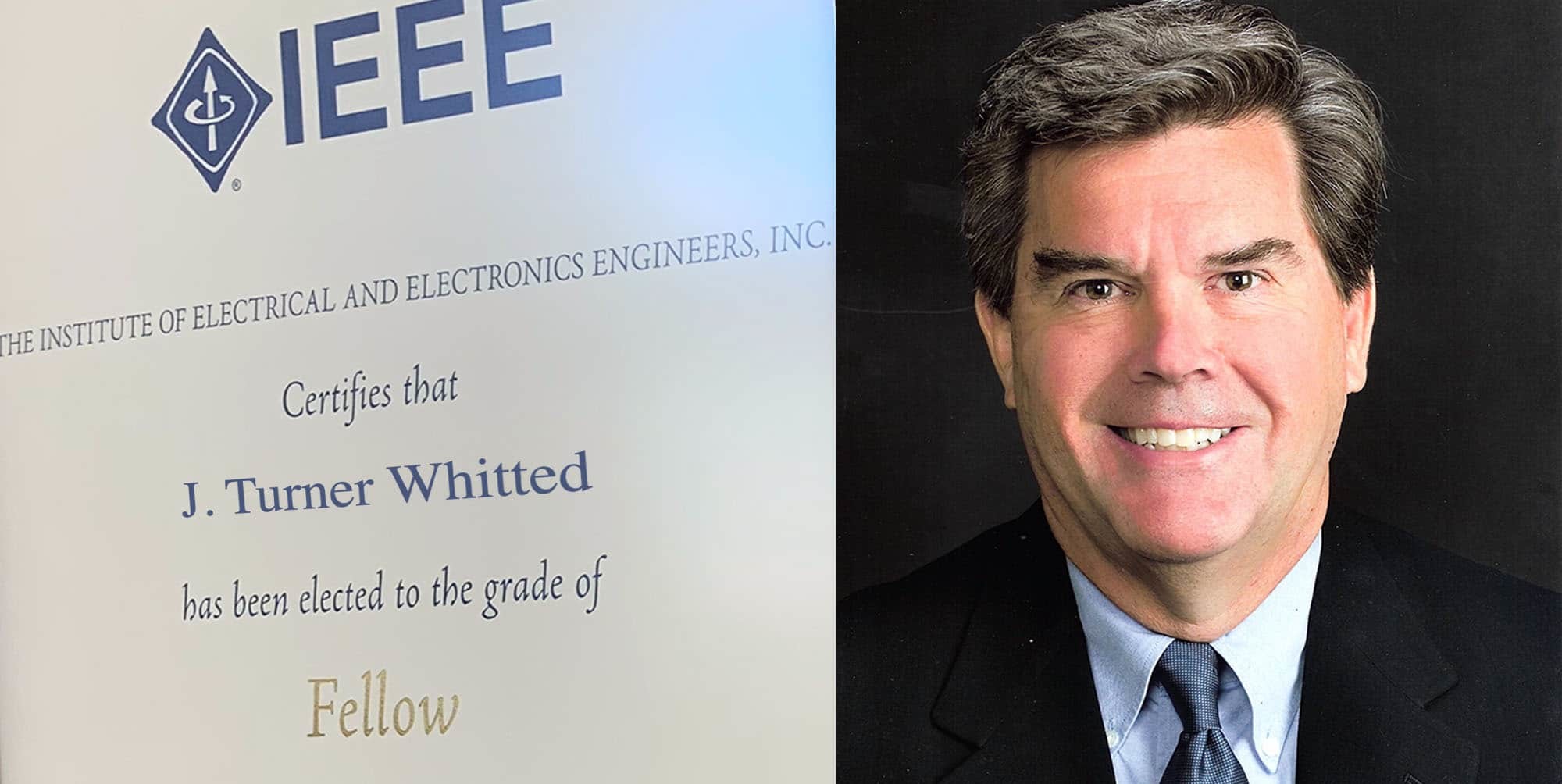 J Turner Whitted (Ph.D. 1978), a 2015 ECE Hall of Fame inductee has been named an IEEE Fellow, being recognized for contributions to computer graphics.

J Turner Whitted (Ph.D. 1978), from Pittsboro, North Carolina, has been named an IEEE Fellow, being recognized for contributions to computer graphics.

The IEEE Grade of Fellow is conferred by the IEEE Board of Directors upon a person with an outstanding record of accomplishments in any of the IEEE fields of interest. The total number selected in any one year cannot exceed one-tenth of one- percent of the total voting membership. IEEE Fellow is the highest grade of membership and is recognized by the technical community as a prestigious honor and an important career achievement.

Whitted joined NVIDIA in 2014 after 15 years at Microsoft Research where he founded the hardware devices group and managed the graphics group along with a variety of other groups devoted to HCI. He was a co-inventor of the signal processing algorithm for ClearTypeTM. He co-founded Numerical Design Limited in 1983 and served as president and technical director until 1996. Earlier, as a member of the technical staff at Bell Laboratories, he introduced recursive ray tracing as an implementation of global illumination. In his early career he designed digital test equipment, antenna measurement systems, and components of a sonar signal processor.

Whitted was inducted into the ECE Hall of Fame in 2015 and was named a Distinguished Engineering Alumnus by the College of Engineering in 2005.

The IEEE is the world’s leading professional organization for advancing technology for humanity. Through its 400,000 members in 160 countries, the organization is a leading authority on a wide variety of areas ranging from aerospace systems, computers and telecommunications to biomedical engineering, electric power and consumer electronics.

Dedicated to the advancement of technology, the IEEE publishes 30 percent of the world’s literature in the electrical and electronics engineering and computer science fields, and has developed more than 900 active industry standards. The IEEE also sponsors or co-sponsors nearly 400 international technical conferences each year. If you would like to learn more about IEEE, please visit www.ieee.org.