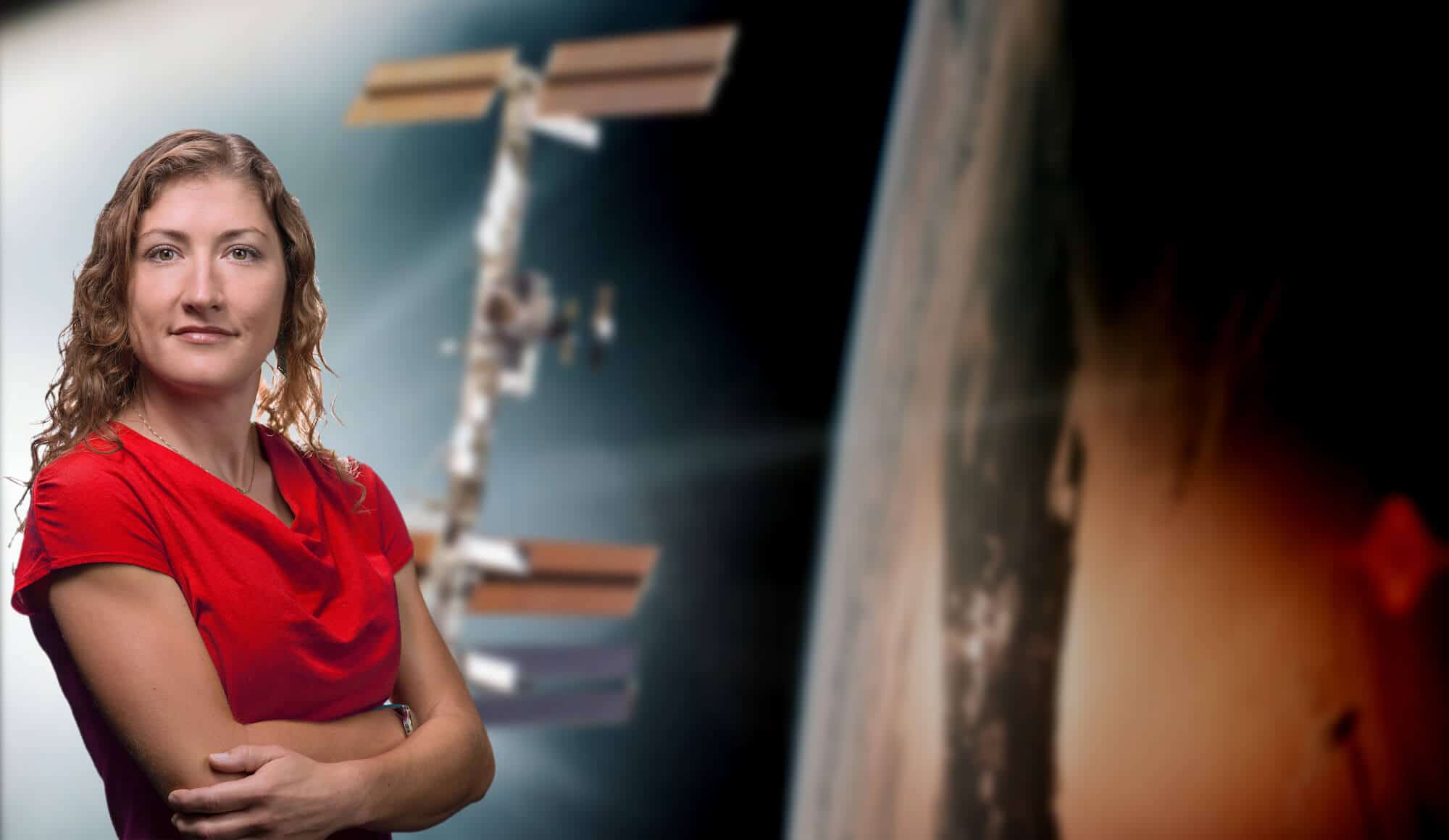 NASA astronaut,  and NC State ECE alumna, Christina Hammock Koch is set to launch on a Soyuz MS-12 spacecraft from Baikonur Cosmodome in Kazakstan at 3:14pm EST on March 14, 2019. She is a member of Expedition 59/60 on a mission to the International Space Station. At 8:30am on Friday, February 22, 2019, Koch will be interviewed on NASA TV as she prepares for her mission. Watch it live below.

Check back as well on March 14 at 3pm for the live stream of the launch of the Soyuz MS-12 spacecraft.

Koch started her career as an electrical engineer focusing on space science instrument design at NASA’s Goddard Space Flight Center in Greenbelt, Maryland. She went on to work as a research associate with the United States Antarctic Program, completing several deployments including spending the winter at the South Pole. She returned to space science instrument design at the Johns Hopkins University’s Applied Physics Laboratory, contributing to such missions as the Juno probe to Jupiter. She then returned to her work at remote scientific research stations, including sessions as a field engineer in the Arctic and as station chief with the National Oceanic and Atmospheric Administration in American Samoa.

As a child, Koch dreamed of becoming an astronaut. A summer at Space Camp in Huntsville, Ala., reshaped her plan to get there. During an appearance at Talley Student Union in 2016, Koch recalled being shown a checklist of essential skills and experiences for a future astronaut. NASA astronaut Christina Hammock Koch has been assigned to Expedition 59/60, which is set to launch to the International Space Station in April 2019.
Credits: NASA

“I thought that living your life according to a checklist wouldn’t be worthy of someone who could have the responsibility to actually become an astronaut,” she explained. “So I decided then and there to live my life according to my interests and passions. Down the road, if I looked at the experiences that I had gathered, and I thought that I really could contribute to the human spaceflight program as an astronaut, I would apply.”

That philosophy led her to NC State and a diverse set of experiences. Some, like double-majoring in physics and electrical engineering or interning for a summer at NASA, checked the traditional boxes for future astronauts. Others, like being a staff photographer for the student newspaper or volunteering with social justice organizations, strayed outside those boxes. Through them all, Koch focused on the moment in front of her but kept a future in space travel in mind, and that dream is now about to become reality.