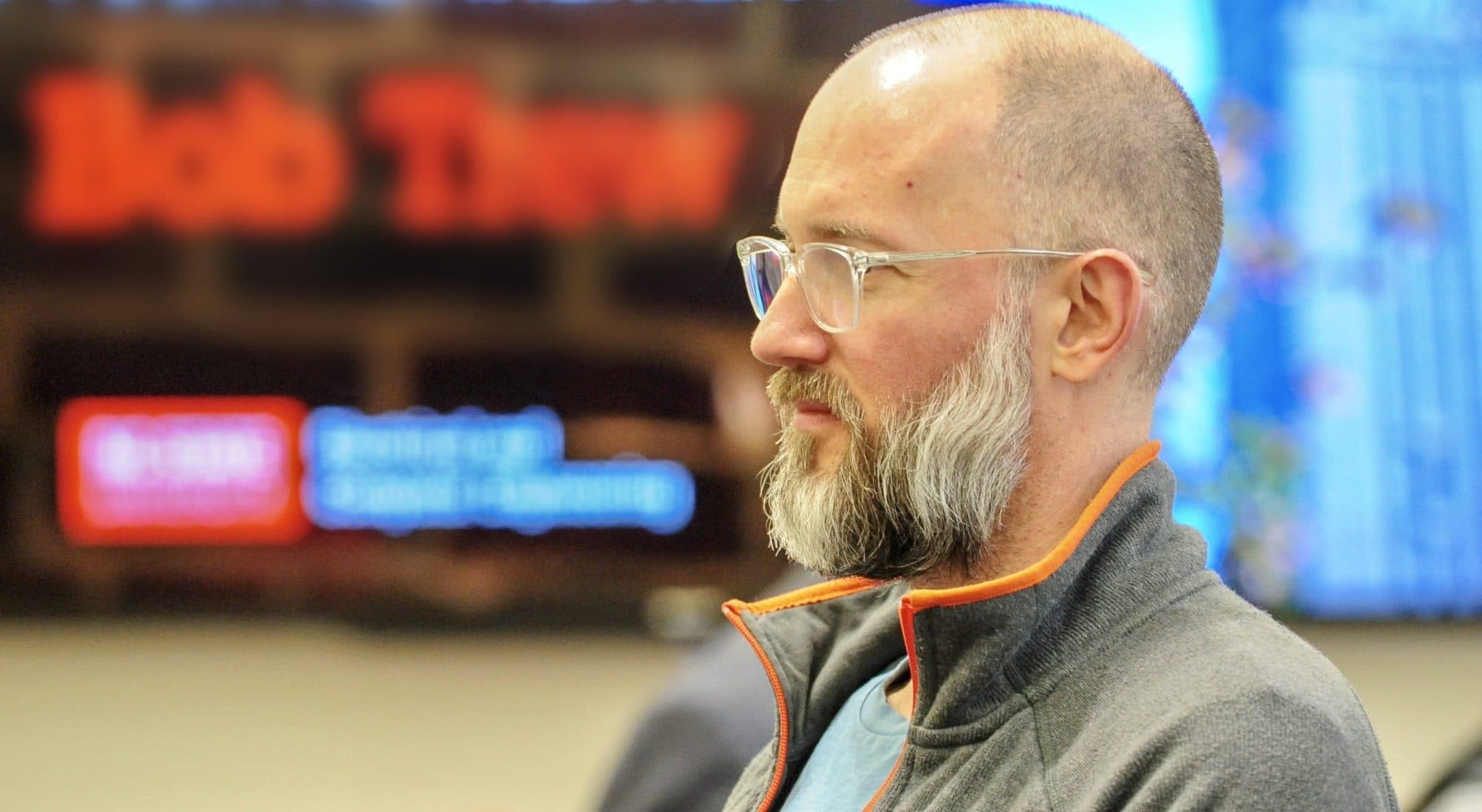 Dr. Michael Escuti has been elected as a a Senior Member of the National Academy of Inventors for producing technologies that have brought real impact on society.

Dr. Michael Escuti, professor in the Department of Electrical and Computer Engineering at North Carolina State University, has been elected to the inaugural class of Senior Members of the National Academy of Inventors (NAI).

The inaugural class is comprised of 66 accomplished academic inventors representing 37 research universities and governmental and non-profit research institutes worldwide. They are named inventors on over 1,100 issued U.S. patents.

“I am proud that NC State has fostered real-world innovation across all colleges and very grateful to my engineering students and fellow faculty who have become co-inventors with me over the last 15 years,” mentioned Escuti. “All of our success at developing strong inventions depends on their hard work and creativity.”

“NAI Senior Members are active faculty, scientists and administrators at NAI member institutions with success in patents, licensing and commercialization,” the organization said. “They have produced technologies that have brought, or aspire to bring, real impact on the welfare of society. Senior members also foster a spirit of innovation within their communities through enhancing an inventive atmosphere at their institutions, while educating and mentoring the next generation of inventors.”

The NAI is a member organization comprising U.S. and international universities, and governmental and non-profit research institutes, with over 4,000 individual inventors members, Senior Members and Fellows spanning more than 250 institutions worldwide. It was founded in 2010 at the University of South Florida.

Eight faculty members in the College of Engineering have been named as NAI Fellows.