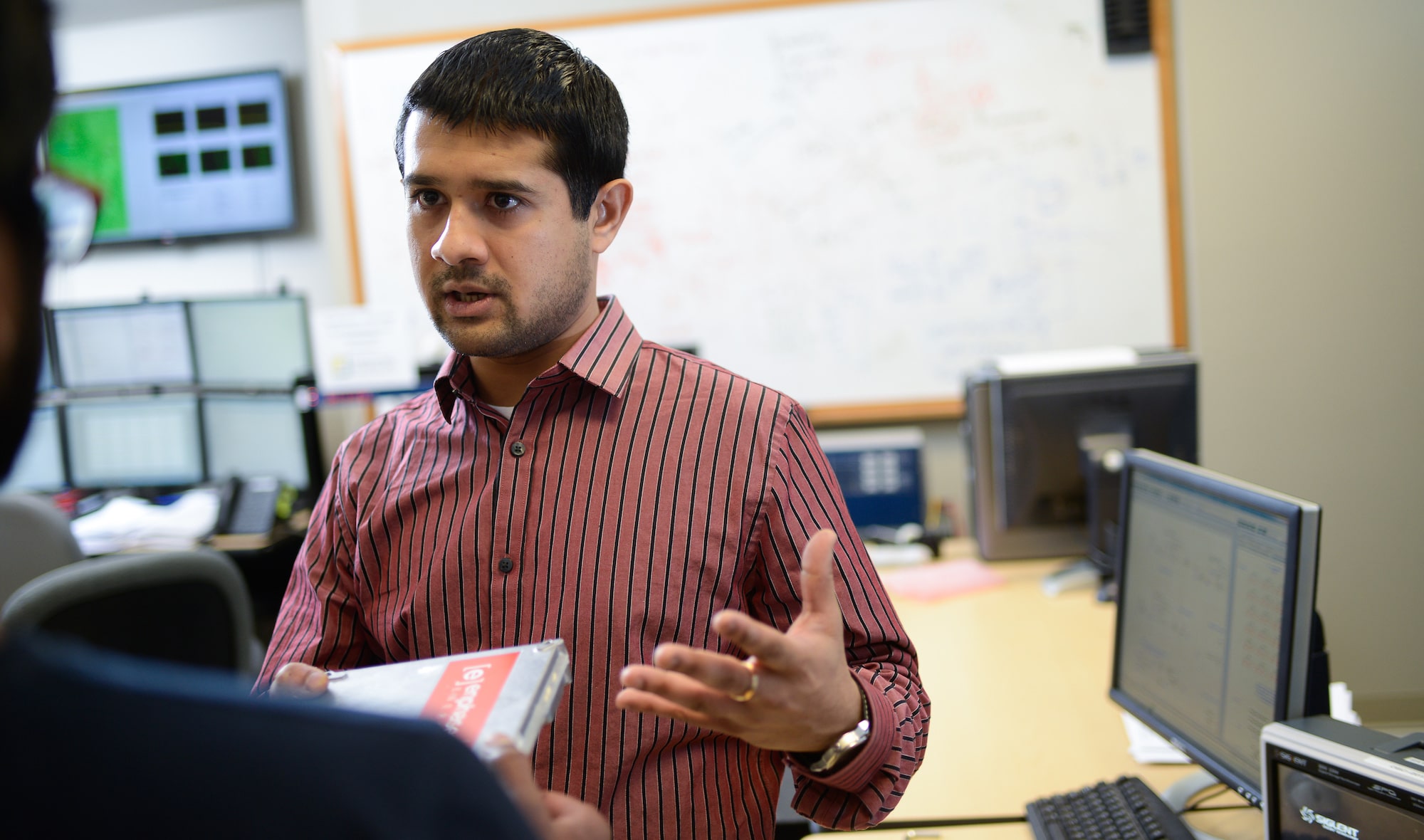 Dr. Aranya Chakrabortty working in his lab in the FREEDM Systems Center.

Congratulations to Dr. Aranya Chakrabortty, an ECE associate professor who was named as a 2018-19 University Faculty Scholar.

NC State’s 2018-19 class of University Faculty Scholars include Dr. Aranya Chakrabortty, an associate professor of electrical and computer engineering.  These 20 early- and mid-career faculty receive this designation due to their significant academic achievements and contributions to NC State through their teaching, research and community engagement.

Chakrabortty’s research interests span all branches of control system theory with applications to large-scale electric power systems. His current research with the NSF FREEDM Systems Center includes system and control-theoretic problems for the U.S. power grid using Phasor Measurement Unit (PMU) data for Wide Area Monitoring Systems. FREEDM Research Center is sponsored by the National Science Foundation which provides funding for basic research and engineering and science. In the center, he figures out ways to prevent blackouts from happening in the grid.

Colleges may submit University Faculty Scholar nominations for assistant professors appointed for a second term, associate professors and professors within the first three years of their appointment. Senior faculty then review nominations, evaluating them on research and scholarship productivity, excellence in teaching and mentoring, and leadership in extension, professional societies and public service initiatives.