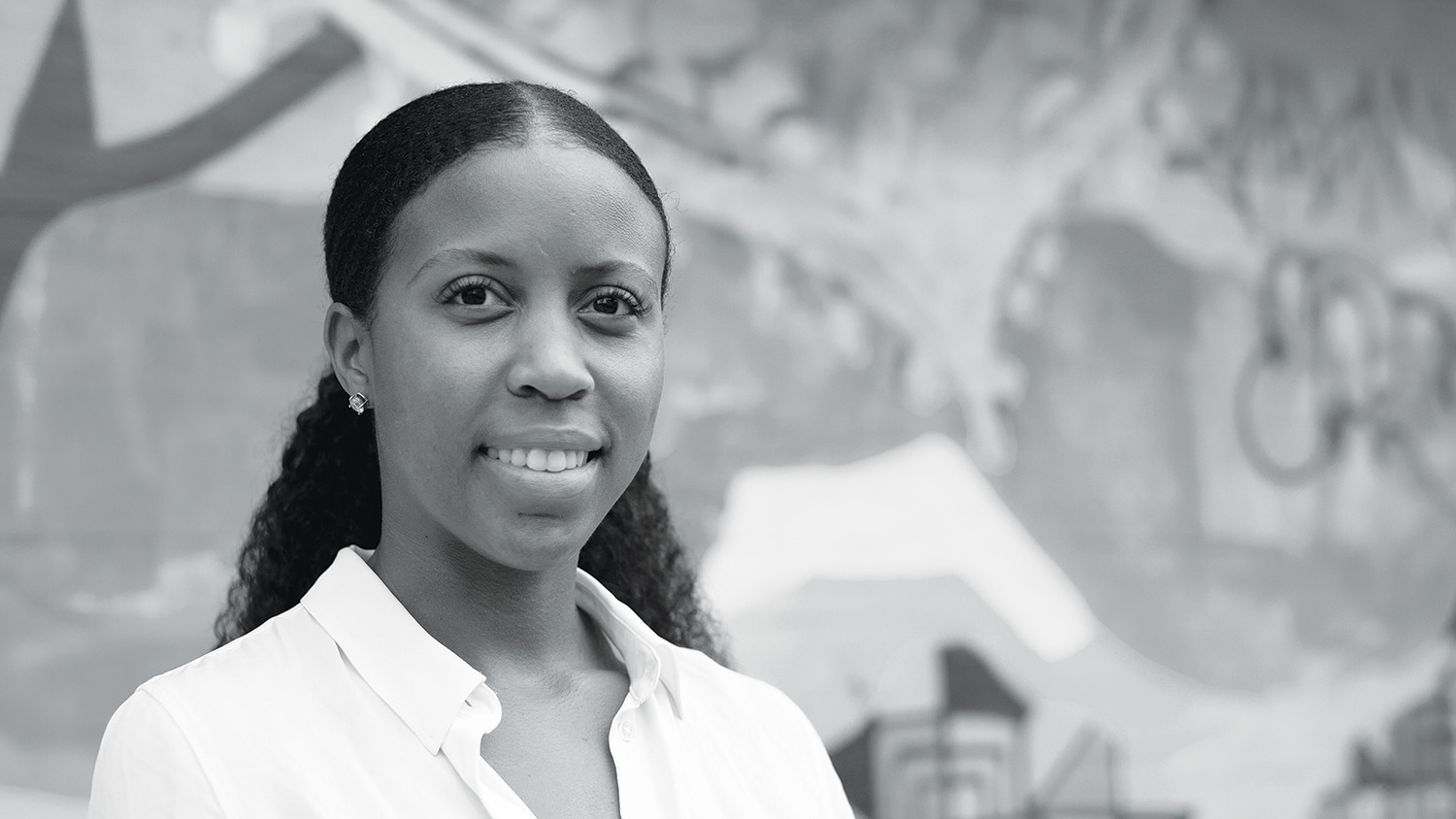 Dr. Joy Johnson didn’t grow up dreaming about becoming an engineer. But she did grow up with a father who taught her to give back what she can to other people.

Johnson’s father, Kenneth T. Johnson, left school after sixth grade. He later went to trade school and went on to build a successful waterproofing company in Greensboro, NC, through word of mouth. In a way, Joy Johnson said, his work involved engineering — he had to draw schematics of client’s basements and design and review final construction plans.

He was the kind of father and businessman who fought for what was right.”

Her father was one of her greatest supporters, and he encouraged Johnson to consider an engineering degree.

“He was the kind of father and businessman who fought for what was right,” said Johnson, who earned her dual B.S. in computer and electrical engineering in 2007. “I don’t think I would have ever been at NC State if it wasn’t for him.”

In her father’s honor, Johnson endowed the Kenneth T. Johnson Minority Engineering Award to fund two students per year in the College’s Minority Engineering Programs — one in the Summer Transition Program (STP) and one in the Minority Summer Research Program (MSRP). STP helps incoming students build a network of other minority engineering students and introduces them to alumni and industry partners while they live and take classes on campus through Summer Start. MSRP is a six-week program for undergraduate minority students to conduct research and increase their awareness of research opportunities.

When Johnson was preparing for her first year at NC State, she hadn’t yet taken some of the physical science courses required of an engineering major. So, when a spot opened up in the summer programs, she jumped on it. That summer, Johnson took physics, chemistry and calculus III, helping her get a head start on coursework while making connections with other engineering students.

“Having the opportunity to take the coursework that you weren’t offered or did not have in high school before is golden,” she said. “Starting off right is so helpful, and so is having a network of people who are pursuing engineering and who look like you.”

Johnson built on her early accomplishments and continued to be successful at NC State and beyond. She interned at Intel, participated in a summer research program at Cornell University and was a Park Scholar. After graduating from NC State, she earned her master’s and Ph.D. degrees in electrical engineering from the Massachusetts Institute of Technology. She now works at Apple in the special projects group for hardware engineering.

STP, she said, made her realize that she would be able to survive and thrive at NC State, and she wants other students to have the same opportunity to get an early start on course work or build up a support group before the semester begins.

“To me, it’s a no-brainer. I was privileged enough to get this opportunity, and there’s a responsibility there,” she said. “My dad was the kind of person who was always giving. I think if you have it, you should give it.”