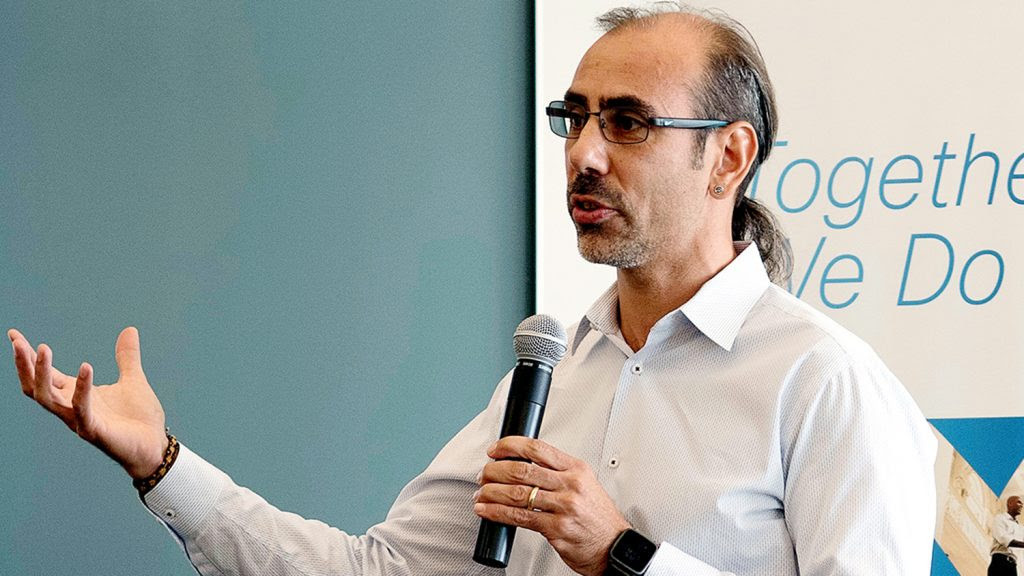 Congratulations to Carlos Pignataro, an adjunct lecturer in ECE being named fellow of the National Academy of Inventors.

Three NC State faculty members have been named fellows of the National Academy of Inventors, including Carlos Pignataro, an adjunct lecturer in the Department of Electrical and Computer Engineering. Pignataro is a distinguished engineer at Cisco, where he serves as chief technology officer and chief architect for the Global SP Services business. He is co-chair of the Cisco Services patent committee and a founding member of the International Society of Service Innovation Professionals.

“Innovation is a collaborative process, and as such I share this distinction with many co-inventors with whom I’ve had passionate discussions and doodled whiteboards,” commented Pignataro. “It is humbling to be recognized but at the same time I hope inspiring and celebratory to the many innovators that are inventing the future.”

An expert in network architecture, he has co-invented almost two hundred U.S. patents (issued and pending), co-authored over 50 Internet Requests for Comments and co-authored three books on computer networking.

He has received a variety of awards in technology, innovation and services science, including the 2019 IEEE Communications Society Industrial Innovation Award and the 2018 Cisco Pioneer Award.

As an adjunct lecturer in ECE as well as contributing to the Master’s in Networking graduate program, he has maintained his efforts to push the discipline forward and serve as a catalyst for future engineers. “Education is cardinal to bettering ourselves and furthering our positive impact. I feel honored to be associated with and contributing to ECE and NC State,” he added. “This recognition also means increased opportunities to mentor and guide others, and give back via education and collaboration.”

The National Academy of Inventors is a member organization comprising U.S. and international universities and governmental and nonprofit research institutes, with over 4,000 inventor members and fellows spanning more than 250 institutions worldwide. It was founded in 2010.

The NAI is a member organization comprising U.S. and international universities, and governmental and non-profit research institutes, with over 4,000 individual inventors members, Senior Members and Fellows spanning more than 250 institutions worldwide. It was founded in 2010 at the University of South Florida.

They will be formally inducted at a ceremony on April 10 at the Heard Museum in Phoenix, Arizona, and will join ten faculty members in the College of Engineering to have been named as NAI Fellows.