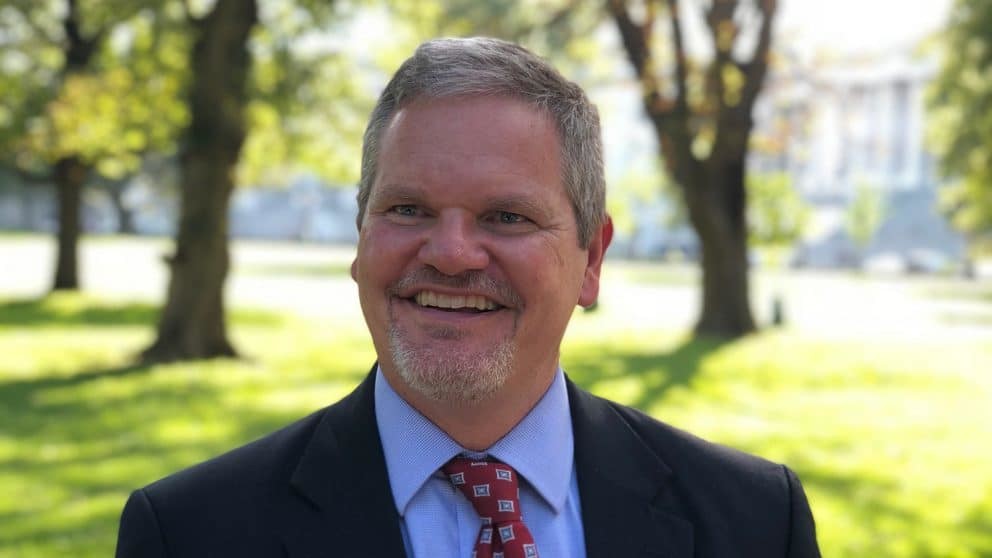 NC State ECE alumnus Craig Lewis Cloud, who has had a decades-long career in foreign affairs, has been named the U.S. ambassador to the Republic of Botswana.

Cloud earned his B.S. in electrical engineering from NC State in 1986. He credits his engineering degree in helping him get his start at the Foreign Service and calls himself “the ultimate accidental diplomat.” In March, he will present his credentials to Botswana President Mokgweetski Masisi to complete the ambassador process.

Growing up in North Carolina, Cloud had an early interest in learning how things worked, often taking apart appliances and putting them back together. So for him, attending NC State for its engineering program was the best choice. With a desire to live abroad and work in foreign affairs, he applied for a security engineering officer (SEO) position at the State Department’s Bureau of Diplomatic Security.

“I didn’t even know what the Foreign Service was until I saw (the) job vacancy announcement,” he said.

As an SEO, Cloud safeguarded the physical and technical security systems at U.S. embassies overseas. After a few years, he transitioned from diplomatic security to become a management officer. In that role, he supported overseas embassies’ logistics and operations. Despite no longer working as an engineer, Cloud’s degree continued to be important to his professional life.

“The analytical and troubleshooting skills I learned as a student at NC State can be applied to nearly any situation — breaking down a complex system into its simplest constituent parts and testing whether the controlled inputs yield the expected output — and I utilize those same skills when I approach any problem,” he said.

During his career, Cloud has served in senior leadership positions in Afghanistan, India, The Kingdom of eSwatini (formerly known as Swaziland) and the Democratic Republic of the Congo. He has also worked in Malawi, Zimbabwe, Russia, Argentina and Cote d’Ivoire, and speaks French and Spanish.

In his new position as ambassador, Cloud’s primary role is to implement the United States’ foreign policy and development goals in Botswana.

“Some of those goals are seeking opportunities for U.S. companies to invest in Botswana, reducing barriers to trade, ensuring the sustainability of the Okavanga Delta region and supporting our global health security agenda to eliminate HIV,” Cloud shared.

His path to ambassador involved a lengthy confirmation process, starting with a nomination by the president. He was then confirmed by the U.S. Senate and attested by the president before taking his oath of office to be sworn in as ambassador.

Ambassadorial appointments normally last for three years, and he must remain in Botswana for at least 339 days per year and seek permission to be away from his post.

“The biggest downside of spending so much time away from the United States is that I miss most of the Wolfpack basketball and football games,” he said.

For engineering students who might want to work in the Foreign Service, Cloud said there are almost always jobs open for security officers and engineers, facility managers, IT specialists and construction engineers.

“It has been a great honor to represent the United States as a diplomat. The work is fascinating and the hours are long, but the reward of experiencing new cultures, learning new languages and seeing the world has definitely made it worthwhile,” he said.