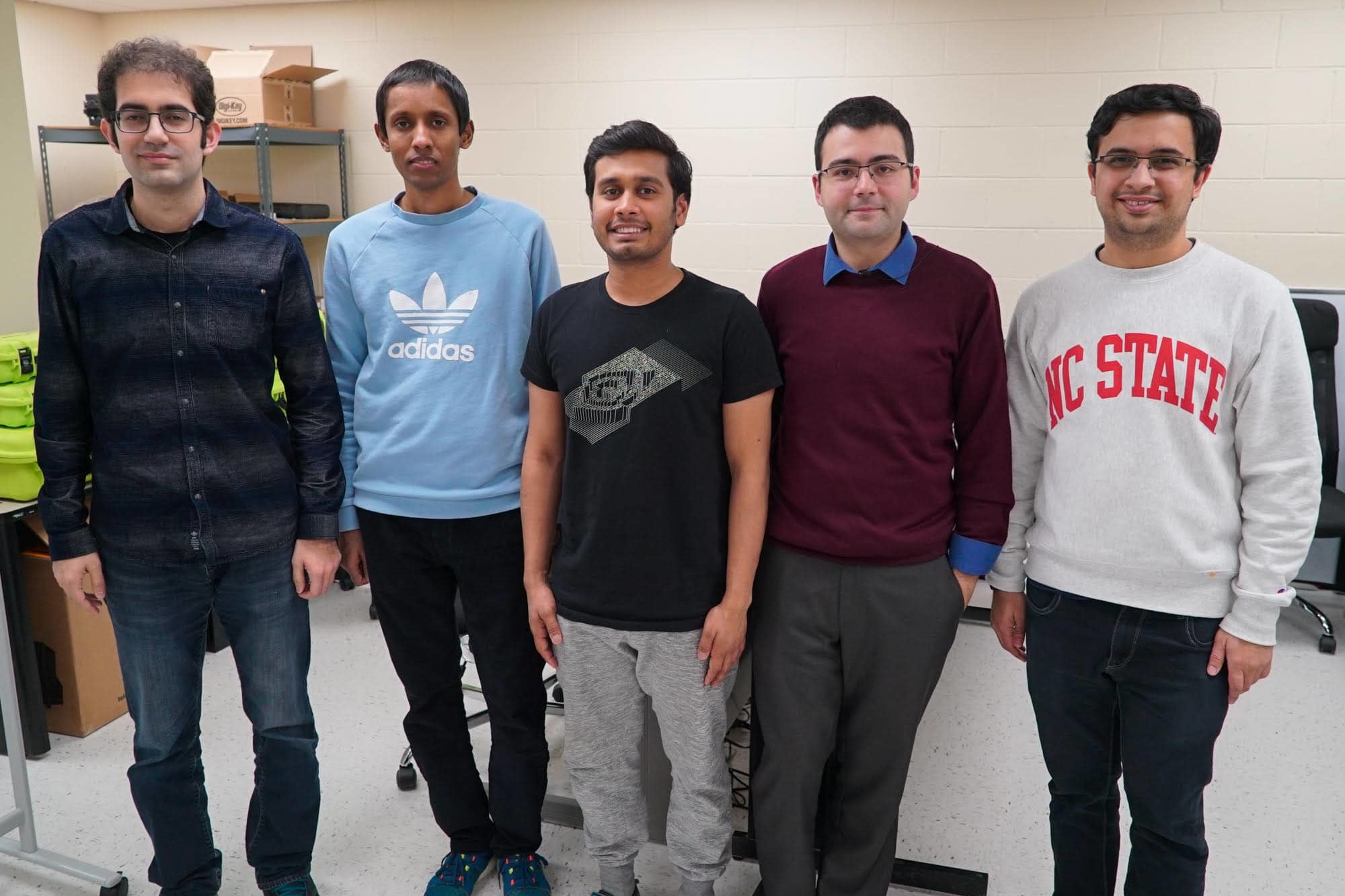 Dr. Aydin Aysu (second from left) and members of his team in HECTOR lab.

The NSF CRII Award encourages research independence, and the Directorate for Computer and Information Science and Engineering (CISE) awards grants to initiate the course of one’s independent research. Understanding the critical role of establishing that independence early in one’s career, it is expected that funds will be used to support faculty or research scientists (or equivalent) in their first three years in a primary academic position after the Ph.D.

At NC State since 2018, he has been working on cybersecurity and hardware design for over a decade now. The focus of his research is on designing secure hardware for next generation cryptography systems in order to prevent advanced cyber attacks from targeting hardware vulnerabilities.

The cryptographic systems that we use today are vulnerable to quantum computer attacks. For example, when using the web to send an email, all of a person’s encryptions are hidden underneath a mathematical problem that is very hard and takes a long time to solve using a classical computer. But, when using a quantum computer it becomes extremely easy to solve this problem. Quantum computing enables exponential jumps in computing, but there aren’t many that can do that yet. We don’t know when we will achieve such a quantum computer, but some research is predicting within the next 5-10 years.

“If we use an encryption system, we not only want to make sure it’s secure now, but also 5-10 years from now as well,” explains Aysu. Being the crypto engineer that he is, his research doesn’t just look at the design of the mathematics, but instead takes the algorithm once it is there, and implements it in hardware in the most efficient and secure way. This project will develop secure and efficient hardware designs for the next-generation, quantum-secure cryptographic algorithms thanks to Aysu and his team in the Hardware and Embedded Cyber Threat Research (HECTOR) lab at NC State.

Aysu was a post-doctoral researcher at the University of Texas at Austin prior to joining NC State in 2018. He conducts research on cybersecurity with an emphasis on hardware-based security. The focus of his research is the development of secure systems that prevent advanced cyber attacks targeting hardware vulnerabilities. To that end, his research interests cover applied cryptography, computer architecture, and digital hardware design. Some of his most recent work showed the first successful attacks on post-quantum key-exchange protocols, which was selected as the best paper runner-up at the International Conference on Hardware-Oriented Security and Trust (HOST’2018).

To learn more about Aysu and getting involved in his research you can visit his website.