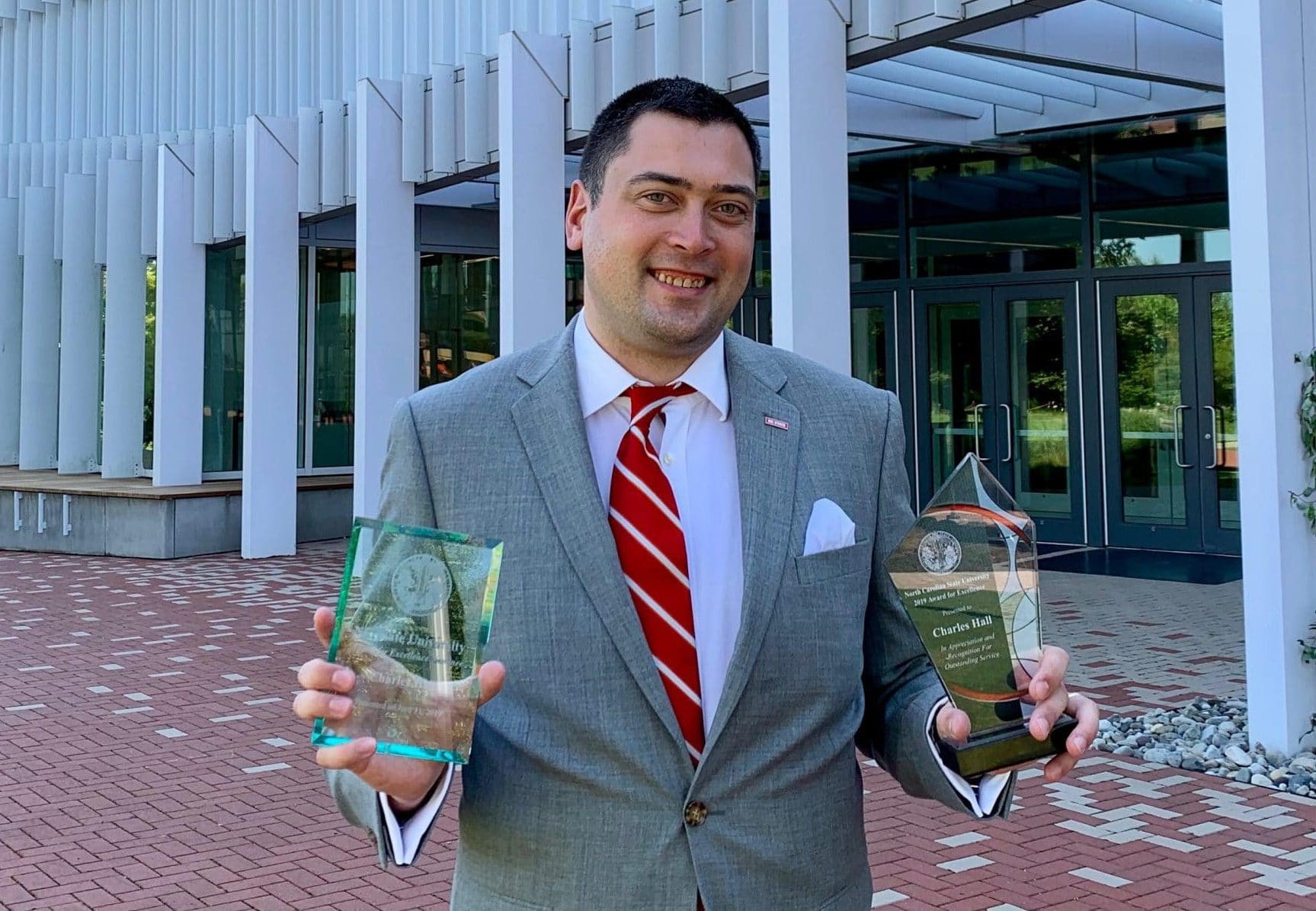 Charles Hall with the University Award for Excellence Kathleen Clardy

Charles Hall, the ECE Digital Communications Manager won one of the 2019 NC State University Awards for Excellence for his hard work promoting the department.

Charles Hall, the ECE Digital Communications Manager was named one of the twelve winners of the 2019 NC State University Award for Excellence. Hall, along with three other nominees from the College of Engineering (who also won Engineering Awards for Excellence) and 51 nominees from across the University, was honored in a ceremony hosted by Chancellor Woodson in the Hunt Auditorium on June 11, 2019.

He is the second ECE employee to have won the University Award in its history. Richard Hodson, the ECE Senior Web Developer also won the award in 2014. This is the most prestigious award that an NC State non-faculty member can receive.

The Awards for Excellence program recognizes the accomplishments and achievements of permanent NC State employees at both the unit and University levels who do not hold faculty rank. Winners received eight hours of paid time off, a $1000 check and an award. Winners of the University’s Award are also then nominated for the Governor’s Awards for Excellence, the highest state employee award.