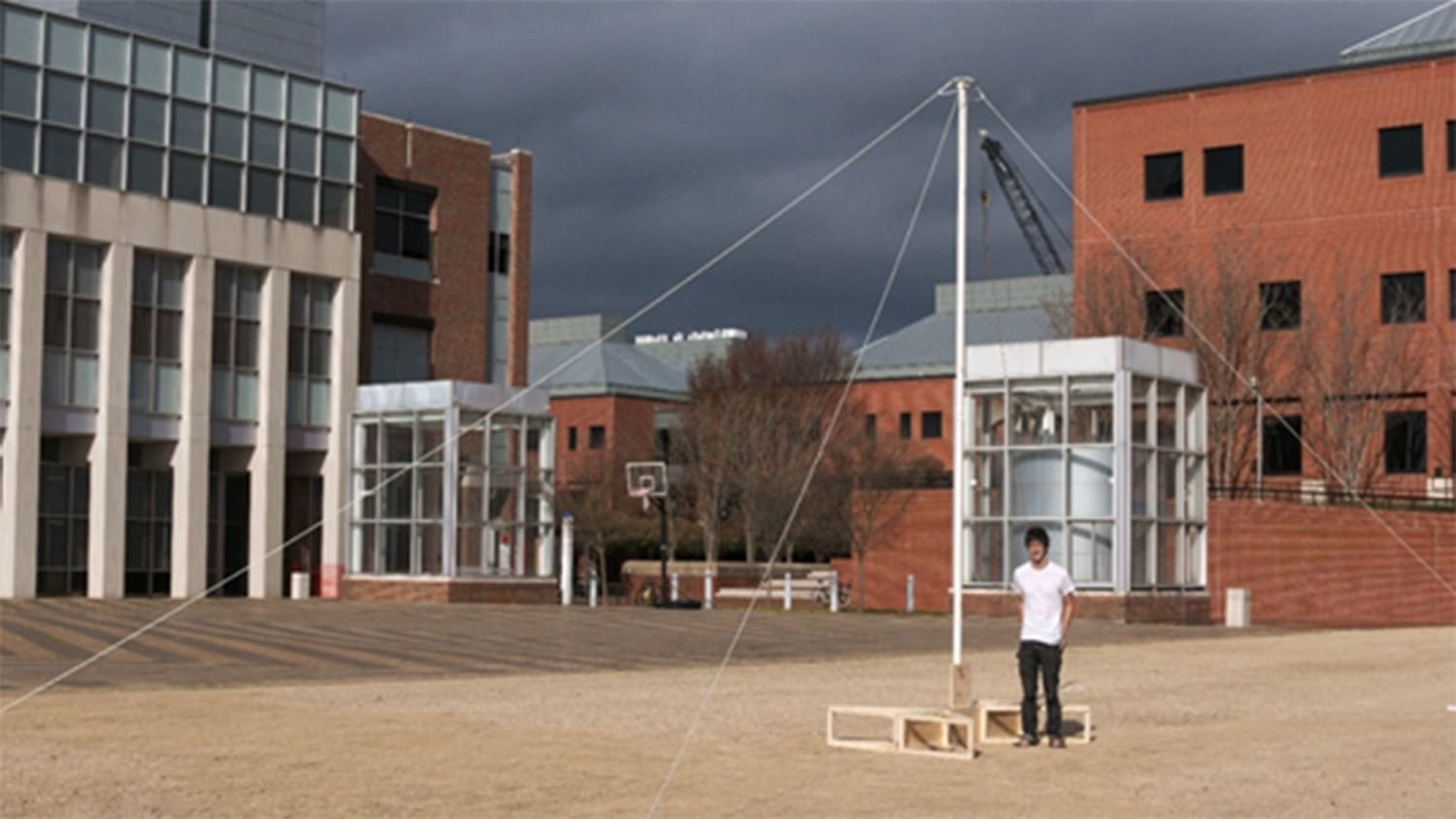 Student with a full-size antenna.

Engineering researchers have demonstrated that a longstanding theoretical method called direct antenna modulation (DAM) has real-world utility for boosting the quality of radio signals when transmitting at high data rates. The finding has applications in fields such as military communications.

“You can always improve signal quality by using a larger antenna, but that’s simply not practical for many wavelengths,” says Jacob Adams, an assistant professor of electrical engineering at NC State and senior author of a paper on the work. “For example, antennas operating in the high-frequency range – 3 to 30 megahertz (MHz) – would be 5 meters long or longer. We’ve shown that DAM can improve signal quality dramatically when using much smaller antennas. How much smaller can vary, but we’ve demonstrated the concept using antennas one-third the size of a conventional antenna for a given wavelength.”

The DAM concept has been around for more than 50 years, and is essentially the idea that storing and releasing energy from the antenna at the right moments can reduce the amount of distortion in the resulting signal. However, researchers had not previously done a thorough comparison of conventional antennas to DAM antennas when transmitting at high frequencies.

Adams and his team used antennas that were just under 1 meter long to transmit at 27 MHz, and found stark differences in performance between the DAM transmitter and a conventional one.

“We focused on frequencies that are practical for communications technologies that operate beyond the line of sight but that are also typically limited by large antennas,” Adams says. “And we found the DAM signal was still viable at data transmission rates where transmissions from the conventional antenna were simply indecipherable.

“We think this demonstrates the viability of DAM for use in practical technologies,” Adams says. “We are currently working on ways to further improve the power handling of DAM devices and to offer more flexibility in terms of the types of modulations that can be generated with DAM.”

The paper, “Pulse Characteristics of a Direct Antenna Modulation Transmitter,” is published in the open-access journal IEEE Access. First author of the paper is Kurt Schab, a former postdoctoral researcher at NC State who is now at Santa Clara University. The paper was co-authored by Danyang Huang, a Ph.D. student at NC State.

The work was done with support from the Defense Advanced Research Projects Agency, under grant number D16AP00033, and the Intelligence Community Postdoctoral Research Fellowship Program.