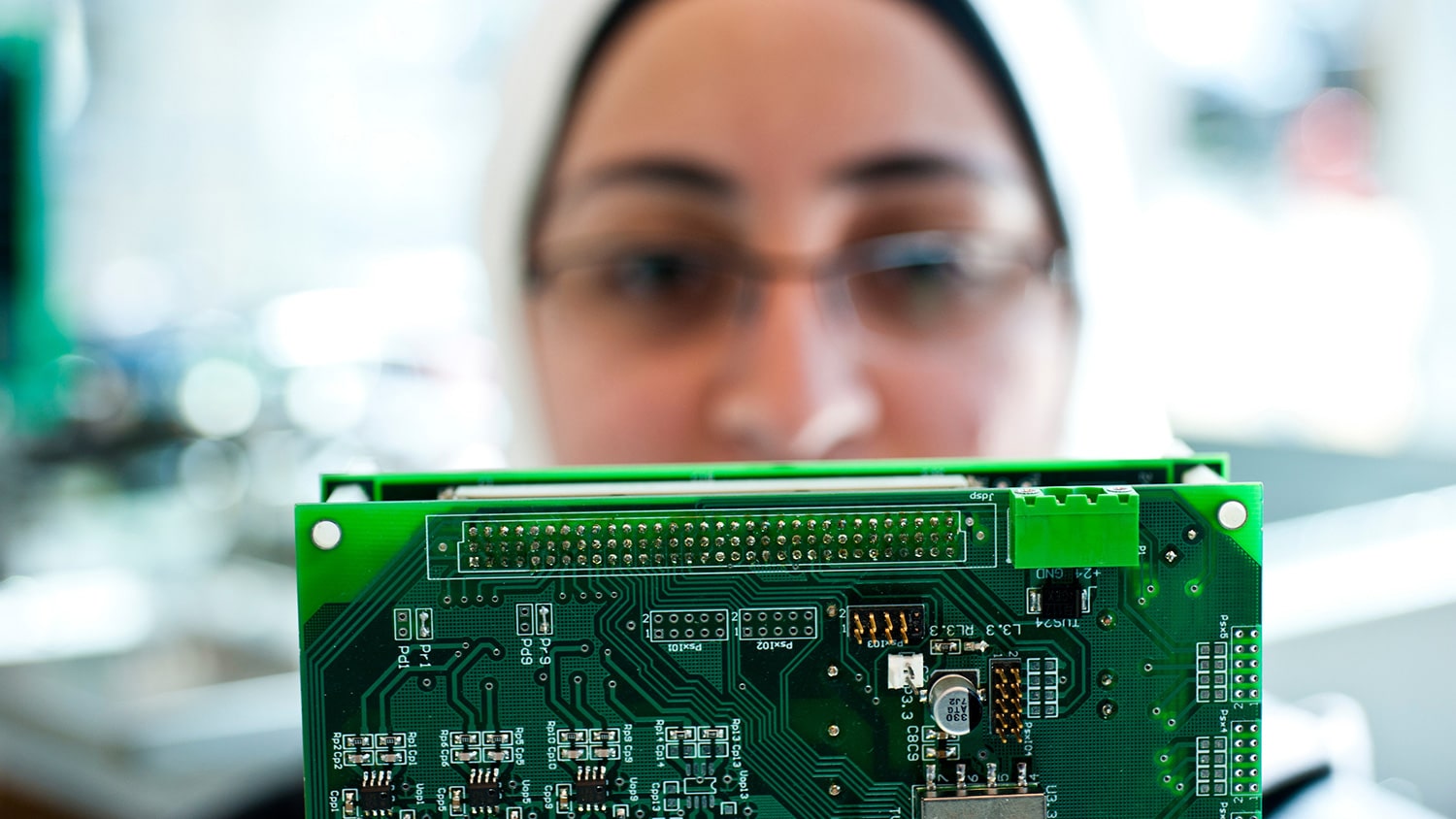 ABB was the first corporate partner to move onto Centennial Campus. Now, 30 years later, the company is still working with the FREEDM Center to improve the reliability and environmental impact of electric power

On Dec. 19, 1984, more than a thousand acres of land was transferred from the Dorothea Dix Hospital to NC State as part of a bipartisan second land grant. The goal was to support North Carolina in continued educational excellence, innovation and economic development and to expand the state’s largest university to the south.

Over the next five years — which coincided with the university’s 100th anniversary — a master plan for the land was developed by Claude McKinney, the former dean of NC State’s College of Design and one of the key contributors to the design of Research Triangle Park. The vision was to create an innovative research campus where private companies could work in partnership with university researchers to solve the grand challenges facing society, develop businesses that drive the state’s economy and serve as a national model of public-private research partnerships.

Upon Centennial Campus’ completion, the university needed to recruit its first corporate partner.

ABB established its presence in the United States in 1989, with the acquisition of the Westinghouse power transmission and distribution business. ABB chose Raleigh as its home for multiple facilities.

We’re very proud to say that we were the very first tenant at Centennial Campus.”

“We decided to bring these teams together to take advantage of the research opportunities at NC State, then at the brand-new Centennial Campus,” said Dr. Elio Périgo, ABB principal scientist and university collaboration program manager. “We’re very proud to say that we were the very first tenant at Centennial Campus.”

This year marks 30 years since the relationship between ABB and NC State began. Over the decades the partnership has grown, playing a critical role in NC State’s research advancements focused on smart energy — working to improve the reliability and reducing the cost and environmental impact of electric power systems.

NC State’s collaboration with ABB has also impacted the success of the College of Engineering.

“The growth of Centennial Campus and ABB really go hand in hand,” said College of Engineering Dean Louis Martin-Vega. “In 2006, we were working towards developing a major proposal to the National Science Foundation to establish a cutting-edge engineering research center in the area of power and electronics. ABB stepped up in a very unique way to help us achieve not only the success of the grant but also the matching and support we needed to carry it forward.”

Eventually that project was funded for over 10 years through the creation of the Future Renewable Electric Energy Delivery and Management (FREEDM) Systems Center, whose research focuses on electrification and modernizing the power grid. An immediate outcome was an ABB Distinguished Professorship as well as funding that supported many students in the program.

“ABB has been a full member of the FREEDM Center from the very beginning, since 2008,” said Dr. Iqbal Husain, ABB Distinguished Professor in the NC State Department of Electrical and Computer Engineering and the FREEDM Systems Center’s director. “They serve as a member on our industry advisory board, and we work on joint proposals together.”

University faculty, graduate students and FREEDM researchers work with ABB scientists to team up on innovative projects in renewable energy integration and electric transportation. Both the university and ABB benefit from this collaboration. Some ABB scientists are adjunct faculty at NC State and serve on Ph.D. students’ thesis committees.

“Another reason for ABB to call Centennial Campus home is access to talent. NC State graduates top-notch engineers,” Périgo explained. “NC State graduates have come to work at ABB and gone on to work at high levels in the company in engineering, management and other functions. We have funded scholarships and research fellowships at multiple levels at NC State for many years.”

Embarking on the Next Decade

As they enter a new decade of partnership, ABB and NC State continue to work on multiple research projects together, including developing a green energy hub; exploring robotics, electrification and electric motors; and working on an extreme fast charger to power electric vehicles.

ABB was also a partner on FREEDM’s Solar Plug and Play project, funded by the Department of Energy. “We see the more near-term manifestation of the solid state transformer technology that FREEDM has been working on for many years is an electric charging station.”

“ABB’s presence in the Research Triangle region has grown significantly since arriving on Centennial Campus in 1990. Today we have hundreds of employees locally and thousands across North Carolina,” said Périgo.