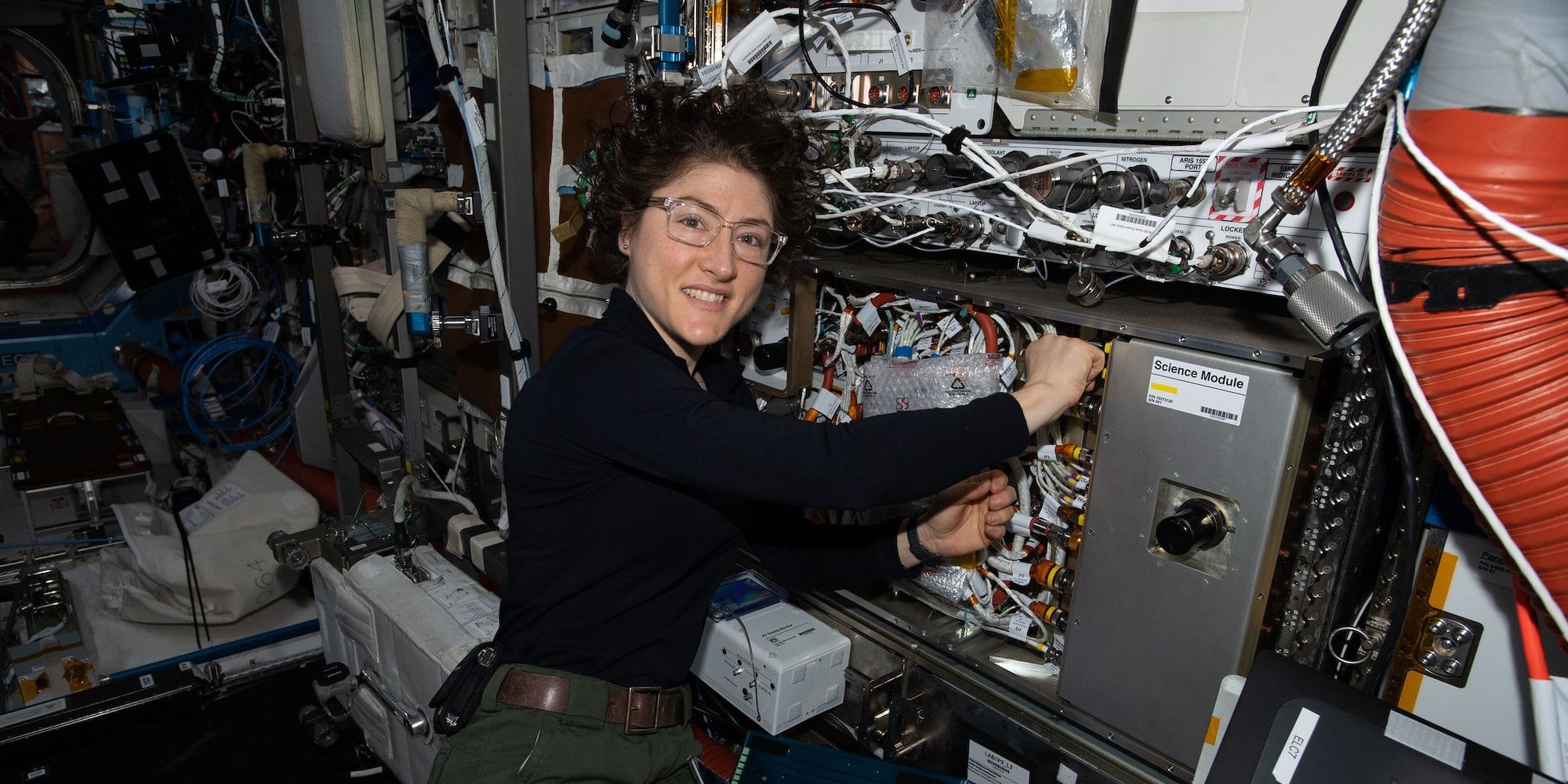 Christina Koch works on the Cold Atom Lab that enables research into the quantum effects of gases chilled to nearly absolute zero. NASA

At 4:12 a.m. EST in a remote corner of Kazakhstan, Christina Koch completed her 328-day mission on the International Space Station and set a record for the longest single spaceflight in history by a woman.

Koch, a three-time graduate of NC State with bachelor’s degrees in physics and electrical engineering and a master’s in electrical engineering, conducted and supported more than 210 scientific investigations spanning Expeditions 59, 60, and 61. This included operating as the research subject volunteer to allow scientists the opportunity to observe the effects of long-duration spaceflight, as NASA prepares their plans to return to the Moon with the Artemis program. Astronaut Christina Koch smiles as she gives a “thumbs up” sign shortly after being extracted from the Soyuz MS-13 crew ship that brought her home after 328 days in space. Credit: NASA TV

She also conducted research on Mizuna mustard greens, determining how the role of gravity and space can affect plant health and development, while simultaneously examining how growing plants affect human social dynamics—an important factor as NASA plans long-duration crewed missions to the Moon or Mars.

While in space, Koch orbited the Earth 5,248 times, traveling 139 million miles. While doing so, she performed six spacewalks, including the first (and second, and third) performed exclusively by women. Watch clips from NASA that show Koch’s most memorable moments from her record-breaking mission.