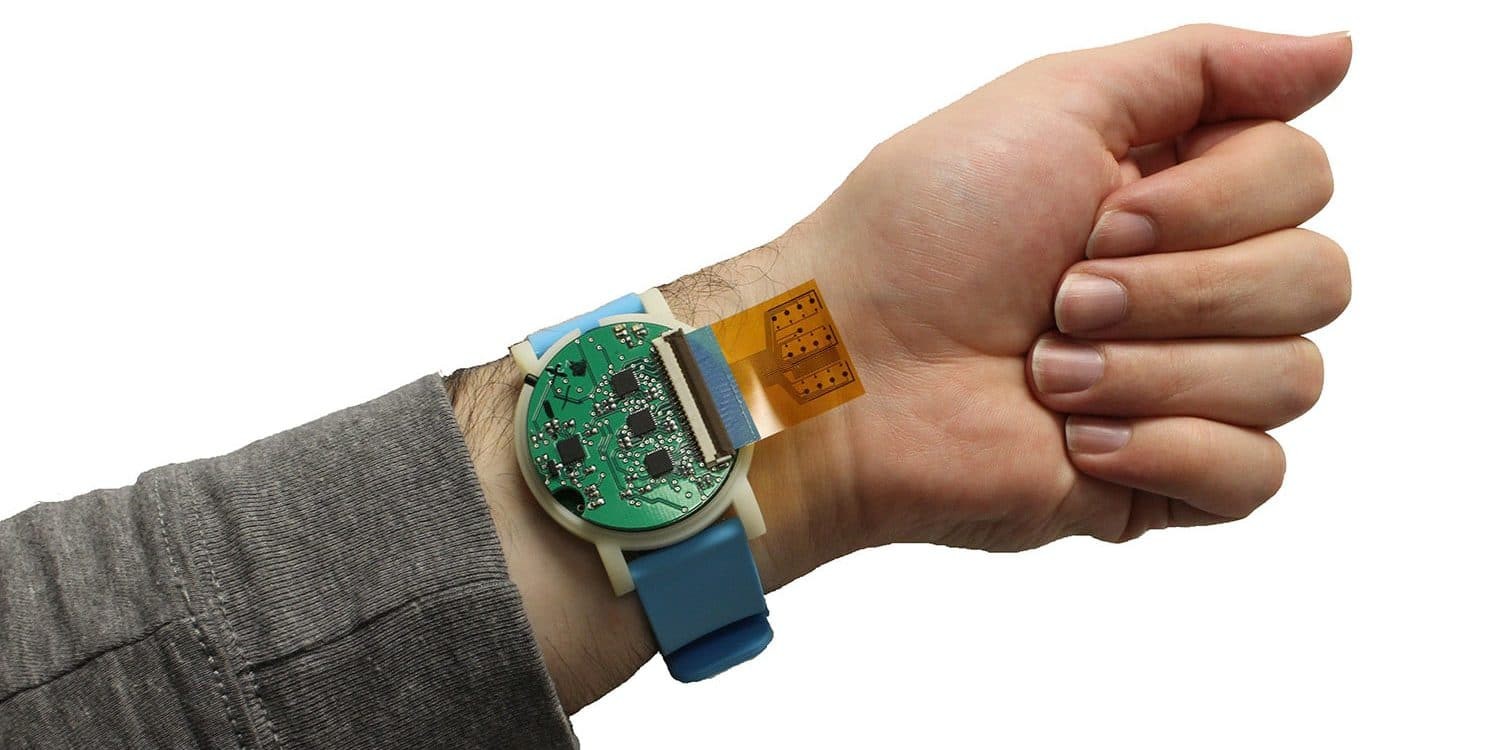 The metabolite monitoring device, shown here, is the size of a wristwatch. The sensor strip, which sticks out in this photo, can be tucked back, lying between the device and the user's skin. Murat Yokus, NC State University

Engineering researchers have developed a device the size of a wristwatch that can monitor an individual’s body chemistry to help improve athletic performance and identify potential health problems. The device can be used for everything from detecting dehydration to tracking athletic recovery, with applications ranging from military training to competitive sports.

“This technology allows us to test for a wide range of metabolites in almost real time,” says Michael Daniele, co-corresponding author of a paper on the work and an assistant professor of electrical and computer engineering at North Carolina State University and in the Joint Department of Biomedical Engineering at NC State and the University of North Carolina at Chapel Hill.

Metabolites are markers that can be monitored to assess an individual’s metabolism. So, if someone’s metabolite levels are outside of normal parameters, it could let trainers or health professionals know that something’s wrong. For athletes, it could also be used to help tailor training efforts to improve physical performance.

“For this proof-of-concept study, we tested sweat from human participants and monitored for glucose, lactate, pH and temperature,” Daniele says.

A replaceable strip on the back of the device is embedded with chemical sensors. That strip rests against a user’s skin, where it comes into contact with the user’s sweat. Data from the sensors in the strip are interpreted by hardware inside the device, which then records the results and relays them to a user’s smartphone or smartwatch.

“The device is the size of an average watch, but contains analytical equipment equivalent to four of the bulky electrochemistry devices currently used to measure metabolite levels in the lab,” Daniele says. “We’ve made something that is truly portable, so that it can be used in the field.”

While the work for this paper focused on measuring glucose, lactate and pH, the sensor strips could be customized to monitor for other substances that can be markers for health and athletic performance – such as electrolytes.

“We’re optimistic that this hardware could enable new technologies to reduce casualties during military or athletic training, by spotting health problems before they become critical,” Daniele says. “It could also improve training by allowing users to track their performance over time. For example, what combination of diet and other variables improves a user’s ability to perform?”

The researchers are now running a study to further test the technology when it is being worn by people under a variety of conditions.

“We want to confirm that it can provide continuous monitoring when in use for an extended period of time,” Daniele says.

“While it’s difficult to estimate what the device might cost consumers, it only costs tens of dollars to make. And the cost of the strips – which can last for at least a day – should be comparable to the glucose strips used by people with diabetes.

The paper, “Wearable multiplexed biosensor system toward continuous monitoring of metabolites,” is published in the journal Biosensors and Bioelectronics. First author of the paper is Murat Yokus, a Ph.D. student at NC State. Co-corresponding author of the paper is Alper Bozkurt, a professor of electrical and computer engineering at NC State. The paper was co-authored by Tanner Songkakul, a Ph.D. student at NC State; and Vladimir Pozdin, a postdoctoral researcher in the Joint Department of Biomedical Engineering at NC State and UNC.

Funding for the work comes from NC State’s National Science Foundation-funded Advanced Self-Powered Systems of Integrated Sensors and Technologies (ASSIST) Center under grant EEC1160483. The mission of the ASSIST Center is to create self-powered wearables capable of long-term multi-modal sensing without having to replace or charge batteries.