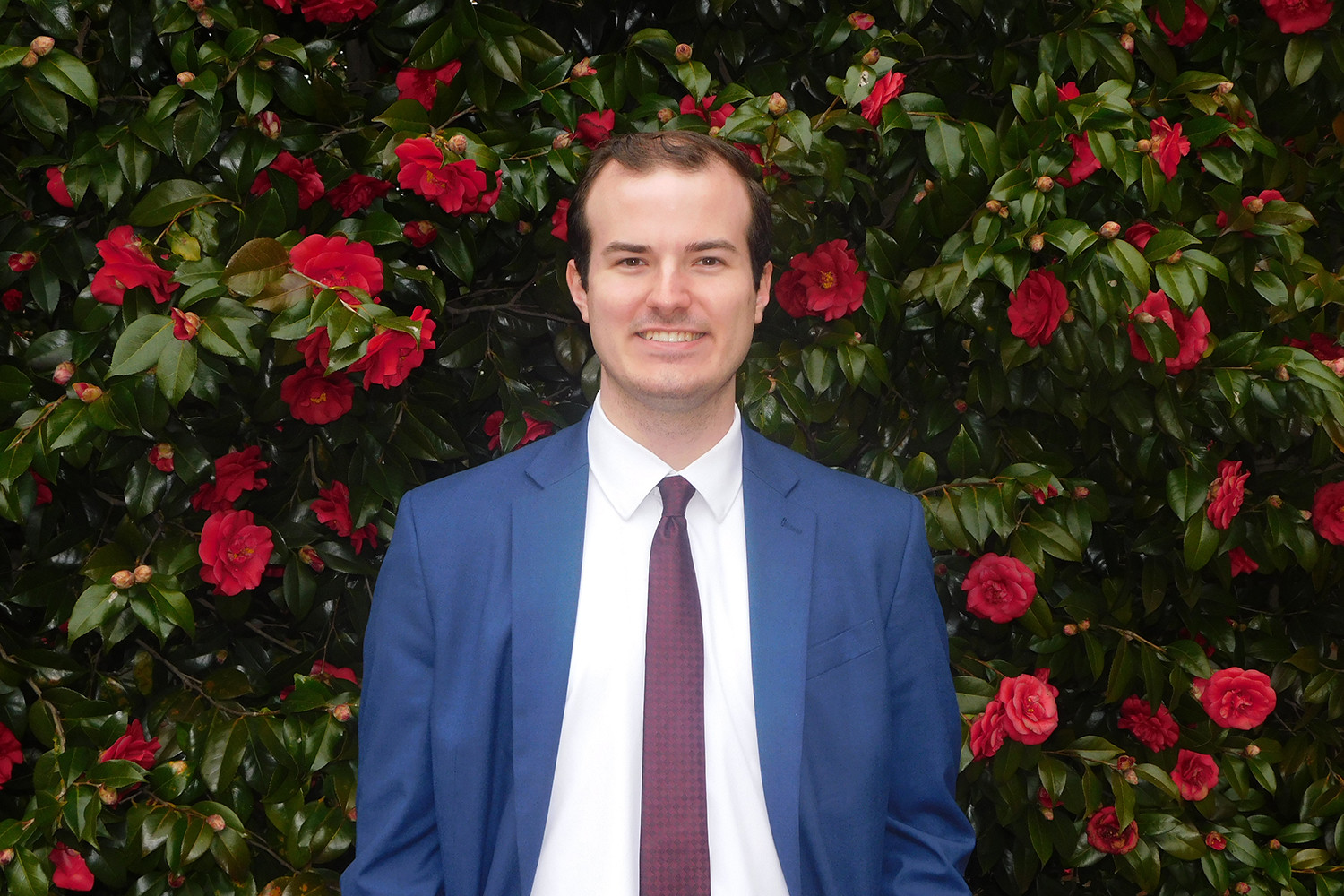 Meet McKenzy Heavlin, ECE graduating student and NC State’s Student Body President. Read about what inspired him to become a leader and all that he has accomplished at NC State.

McKenzy Heavlin vividly remembers helping his family move his older sister into her dorm at Western Carolina University when he was 12 years old and anticipating the day he would finally begin his own college journey and “get in and get out” with his diploma.

Heavlin is the first in his family to attend NC State, and when he arrived on campus for his first semester, he met an overwhelming number of people who seemed to have strong ties to the university through generations of alumni in their families. He did not understand the great love and appreciation for the university at first. But as Heavlin prepares to receive his B.S. in electrical engineering this May, it all makes sense now.

“I never thought a university could inspire such a deep love and respect for a place,” Heavlin said.

Heavlin’s involvement on campus began as a member of the Dancing With Wolves Ballroom Dance Club, and by his sophomore year, he participated in hall council and Inter-Residence Council as the vice-president of media and marketing. During this time, he met Melanie Flowers, public relations, advertising and applied communications ‘21 and former student body president (SBP), whom he would campaign with as vice-president for the 2020 school year.

Running for student government for the 2020-21 school year, Heavlin’s vice presidency and Flowers’ presidency were announced shortly before NC State transitioned to an online format due to the start of the COVID-19 pandemic in March 2020.

While the pandemic presented some unique challenges, Heavlin is proud of what he and Flowers were able to accomplish both as student government representatives and as students themselves — and he was able to continue that success when he was elected SBP in 2021.

As SBP, Heavlin has advocated for increasing funding for NC State’s counseling center, providing funds for suicide prevention signage and education with Prevention Services, and continuing to support a basic needs navigator position within the student ombuds office.

He has also worked to engage students with local, state and federal governments. Heavlin has pushed for an on-campus early voting site, assisted in educating students about the voting process while in college, and started working on larger projects to partner with elected officials who represent NC State.

“Thinking back to it, last year seems so foreign and the challenges we had to go through, but as student government we have tried to create and facilitate good experiences for our peers, especially incoming students, to help build that sense of community,” Heavlin said.

Heavlin’s interest in engineering stems from his love for mathematics and the deeper level of understanding it provides in explaining different processes, a love he attributes to exceptional math teachers he had early on in his life. Additional inspiration comes from his father who is an engineer and mother who is a home health registered nurse, which encouraged him to consider biomedical engineering programs to combine those two worlds.

Heavlin was drawn to NC State for its affordability, good reputation inside and outside of North Carolina and its ability to offer him different choices in engineering programs. While initially enrolled in the biomedical engineering bachelor’s program, he switched to electrical engineering as he found joy in learning about circuits and wanted to build on that knowledge.

After graduating with his bachelor’s degree this May, Heavlin will return to NC State for his accelerated master’s degree in electrical engineering while also extending his time as SBP. He was reelected this spring for a second term.

Looking toward the future, Heavlin imagines a career for himself in the intersection of engineering policy and project management.

“There is a lot of collaboration between engineering and the government to make innovation happen,” Heavlin said. “As engineers, sometimes we are not the best communicators, though with my time as student body president, I’ve had time to develop an important skill set including mediating and public speaking that I want to use to help advance society and quality of life.”

In the meantime, though, Heavlin is excited to continue his efforts improving life for students at NC State for one more year.