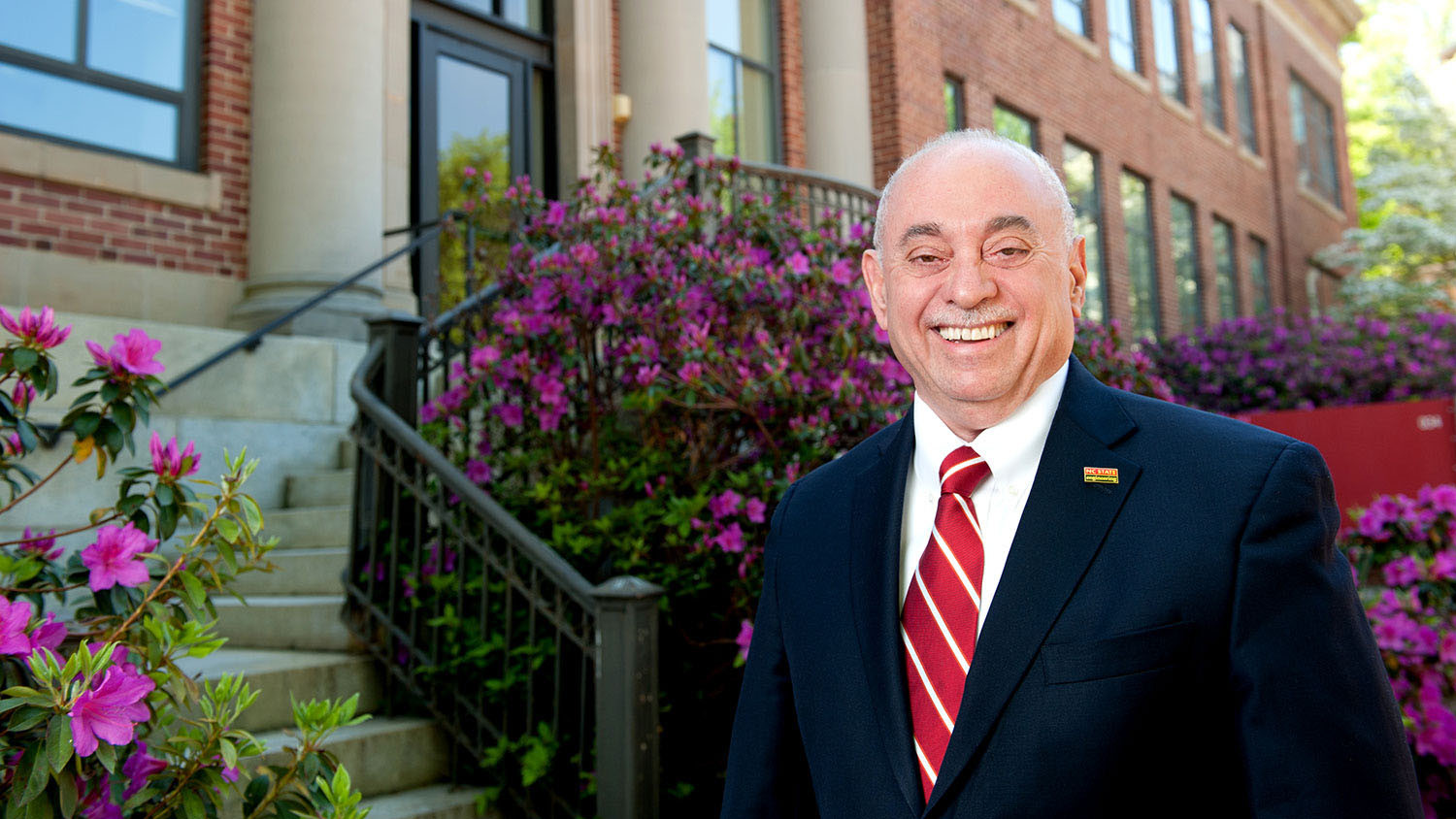 College of Engineering Dean Louis Martin-Vega will be stepping down from his position at the end of the 2022-23 academic year.

College of Engineering Dean Louis Martin-Vega will be stepping down from his position at the end of the 2022-23 academic year, and returning to the faculty in the Fitts Department of Industrial and Systems Engineering. Executive Vice Chancellor and Provost Warwick Arden made the announcement today.

“I want to offer my sincerest thanks to Louie for his leadership and commitment to the College of Engineering, its students, faculty and staff over the past 16 years,” said Arden. “His passion for engineering education and NC State as a whole will be greatly missed, and we are fortunate to have him as part of our Wolfpack family.”

Martin-Vega joined NC State as dean of the College of Engineering in 2006. He has overseen a period of significant and strategic growth for the college, which now includes more than 10,500 students, 750 faculty and staff members, and more than $200M in annual research expenditures. His efforts have bolstered the College of Engineering’s reputation to one of a preeminent global leader. The college consistently receives top national rankings for colleges of engineering and annual research expenditures.

“Because of Dean Martin-Vega’s vision and leadership, NC State’s College of Engineering has become an international leader in engineering education, research, innovation and outreach,” said Chancellor Randy Woodson. “We wish Louie the best in his return to the faculty, and we are glad he is staying at NC State.”

During his tenure the College of Engineering became one of only two such colleges nationwide to be awarded and lead two National Science Foundation (NSF) Engineering Research Centers at once, the ASSIST Center and the FREEDM Systems Center. More recently, it has been awarded and leads NC State’s NSF Science and Technologies for Phosphorus Sustainability Center and is home to many other nationally prominent NSF, Department of Energy, and Department of Defense centers and institutes.

Martin-Vega has been instrumental in supporting these centers and institutes, as well as the continued growth of the college. This includes the expansion of engineering faculties on Centennial Campus and most notably the completion and dedication of Fitts-Woolard Hall in October 2021. He has played a key role in advocating for Engineering North Carolina’s Future, a legislative initiative that will increase the college’s enrollment to 14,000 students, in order to meet the state’s ever-increasing demand for STEM-educated graduates.

Earlier this year, the Louis Martin-Vega Dean’s Chair Endowment at the College of Engineering was created through a gift from the Goodnight Educational Foundation under the direction of Dr. Jim and Mrs. Ann Goodnight. The endowed position will afford future deans a vital tool for pursuing their priorities related to research, teaching and programmatic needs that may not be covered through other revenue sources.

“It has been the honor and privilege of a lifetime to have been able to serve and lead the College of Engineering at NC State for such an extended period of time” said Martin-Vega. “I am indebted to the extraordinary efforts, support and dedicated commitment of our outstanding faculty, students, staff and alumni throughout all these years and look forward to continuing to work with them throughout the upcoming academic year to enhance both the achievements and reputation of our college.”

Immediately prior to coming to NC State, Martin-Vega spent five years as dean of the College of Engineering at the University of South Florida. He has held administrative and academic appointments at Lehigh University, the Florida Institute of Technology, the University of Florida and the University of Puerto Rico at Mayaguez. His career also includes several prestigious positions and roles at the NSF including acting head of the Directorate for Engineering (ENG); director of ENG’s Division of Design, Manufacturing and Industrial Innovation; chair of the ENG’s Advisory Committee; and vice-chair of the NSF-wide Committee for Equal Opportunities in Science and Engineering.

His national and professional contributions also include serving as president of the American Society for Engineering Education (ASEE) and president of the Institute of Industrial and Systems Engineers (IISE). His research and teaching interests are in production and manufacturing systems, logistics and distribution, operations management, and engineering education and broadening participation in the discipline. Martin-Vega’s research has received funding from the NSF, the National Institute of Standards and Technology, the U.S. Air Force, Harris Semiconductor and Hewlett-Packard.

In 2021, Martin-Vega was inducted into the National Academy of Engineering for his leadership and contributions “for support of engineering and engineering education through industry-university collaboration and opportunities for underrepresented groups.” He is a Fellow of the American Association for the Advancement of Sciences, the IISE, and the Society of Manufacturing Engineers and the ASEE. He has received numerous awards from IISE, including the Frank and Lillian Gilbreth Award, IISE’s highest recognition, and was named one of the 50 Most Influential Hispanics in the U.S. by Hispanic Business magazine in 2014.

Upon stepping down, Martin-Vega plans to take a research leave and then return to his faculty position in the Fitts Department of Industrial and Systems Engineering.

A national search for the next dean will begin in the fall.