In artificial intelligence, we often think of the systems we design as agents. We generally assume that each agent has a well-defined identity, well-defined preferences over outcomes, and well-defined beliefs about the world. However, when designing agents, we in fact need to specify where the boundaries between one agent and another in the system lie, what objective functions these agents aim to maximize, and to some extent even what belief formation processes they use. What is the right way to do so? As more and more AI systems are deployed in the world, this question becomes increasingly important. In this talk, I will show how it can be approached from the perspectives of decision theory, game theory, social choice theory, and the algorithmic and computational aspects of these fields. (No previous background required.) 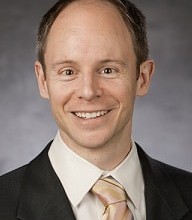 Vincent Conitzer is the Kimberly J. Jenkins University Professor of New Technologies and Professor of Computer Science, Professor of Economics, and Professor of Philosophy at Duke University. He received Ph.D. (2006) and M.S. (2003) degrees in Computer Science from Carnegie Mellon University, and an A.B. (2001) degree in Applied Mathematics from Harvard University. Conitzer works on artificial intelligence (AI). Much of his work has focused on AI and game theory, for example designing algorithms for the optimal strategic placement of defensive resources. More recently, he has started to work on AI and ethics: how should we determine the objectives that AI systems pursue, when these objectives have complex effects on various stakeholders?

Conitzer has received the Social Choice and Welfare Prize, a Presidential Early Career Award for Scientists and Engineers (PECASE), the IJCAI Computers and Thought Award, an NSF CAREER award, the inaugural Victor Lesser dissertation award, an honorable mention for the ACM dissertation award, and several awards for papers and service at the AAAI and AAMAS conferences. He has also been named a Guggenheim Fellow, a Sloan Fellow, a Kavli Fellow, a Bass Fellow, an ACM Fellow, a AAAI Fellow, and one of AI's Ten to Watch. He has served as program and/or general chair of the AAAI, AAMAS, AIES, COMSOC, and EC conferences. Conitzer and Preston McAfee were the founding Editors-in-Chief of the ACM Transactions on Economics and Computation (TEAC).