Discreet Signaling: From the Chinese Emperors to the Internet

Abstract: For thousands of years, humans have sought means to secretly communicate. Today, ad hoc signaling methods are used in applications as varied as digital rights management for multimedia, content identification, authentication, steganography, transaction tracking, and networking. This talk will present an information-theoretic framework for analyzing such problems and designing provably good signaling schemes. Key ingredients of the framework include models for the signals being communicated and the degradations, jammers, eavesdroppers and codebreakers that may be encountered during transmission. 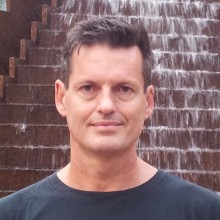 Professor of Electrical and Computer Engineering, University of Illinois on March 30, 2007 at 1:00 PM in Engineering Building II, Room 1230

Pierre Moulin received his doctoral degree from Washington University in St. Louis in 1990, after which he joined at Bell Communications Research in Morristown, New Jersey, as a Research Scientist. In 1996, he joined the University of Illinois at Urbana-Champaign, where he is currently Professor in the Department of Electrical and Computer Engineering, Research Professor at the Beckman Institute and the Coordinated Science Laboratory, affiliate professor in the Department of Statistics, and Sony Faculty Scholar.

He received a 1997 Career award from the National Science Foundation and an IEEE Signal Processing Society 1997 Senior Best Paper award. He is also co-author (with Juan Liu) of a paper that received an IEEE Signal Processing Society 2002 Young Author Best Paper award. He was 2003 Beckman Associate of UIUC's Center for Advanced Study and plenary speaker for ICASSP 2006. He is an IEEE Fellow.