High-Performance scientific computing systems helped to create the field of
Computer Science. From as far back as the late 1940s, the push for
continual improvement in the performance of large-scale calculations has
driven increases in computational throughput, delivering more than three
orders of magnitude in capability roughly every decade. The spillover from
advances to achieve these performance levels have also impacted modern
society with the results used in everyday devices from cell phones to
gaming consoles to automated vehicles. However, we are about to enter an
uncertain future where underlying technology and computer chip fabrication
methods may reach the limits of their current capabilities. Where will the
next 1000x in computer performance come from?

In this talk, we will describe some of the histories of high-performance
computing, its links to laying the foundation of modern computer science
and the impact that it has had on our lives. We will discuss possible
approaches for the future direction of computer systems including custom
hardware, the potential use for AI/machine learning technology, and how we
might utilize novel technologies to radically increase user productivity. 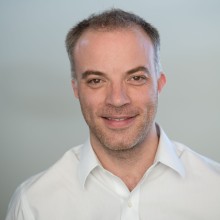 Simon Hammond is currently the manager of the Scalable Computer
Architectures research department at Sandia National Laboratories in New
Mexico. Prior to entering management, he was a Principal Investigator at
Sandia, contributing to research projects in computer architecture design,
algorithm optimization, compilers and runtimes. From 2017 to 2019 he was
also the lead researcher for the Department of Energy’s Exascale Computing
Project (ECP) Hardware Evaluation thrust area – covering projects which
provided research contributions to accelerate HPC performance for the
United States government. He holds a Ph.D. in Computer Science from the
University of Warwick, England, where he also studied for a Master of
Engineering in Computer Science. Outside of work, he is a member of the New
Mexico Army National Guard, enjoys running, movies and the occasional beer
with friends.