Researchers from North Carolina State University have developed an efficient algorithm that can interpret the wheezing of patients with breathing difficulties to give medical providers information about what’s happening in the lungs.

Researchers from North Carolina State University have developed an efficient algorithm that can interpret the wheezing of patients with breathing difficulties to give medical providers information about what’s happening in the lungs. The research is part of a larger, ongoing project to develop wearable smart medical sensors for monitoring, collecting and interpreting personal health data.

The work was done by Saba Emrani and Hamid Krim, researchers in the National Science Foundation Nanosystems Engineering Research Center for Advanced Self-Powered Systems of Integrated Sensors and Technologies, or ASSIST Center, which is based at NC State.

“Researchers at ASSIST have developed wearable sensors that are powered by a patient’s body heat and can monitor the sound of a patient’s breathing,” says Krim, a professor of electrical and computer engineering at NC State and senior author of a paper on the work. “Now we’ve developed an algorithm that can assess the onset time, pitch and magnitude (or volume) of wheezing sounds to give healthcare professionals information about the condition of the lungs. This information, in turn, can be used to help doctors make more informed decisions about diagnosis and treatment.”

Wheezing sounds vary depending on where the problem is in the lungs and on the severity of the problem, Krim explains. The algorithm accounts for these differences to tell doctors exactly what is going on. “The algorithm is effective regardless of the physical size of the patient,” Krim says, “and is able to handle the variability and complexity associated with breathing patterns.”

Because the algorithm was developed to work in concert with wearable technology, the goal is for it to ultimately be used to continuously assess the sound of a patient’s breathing over time. This would make it possible for doctors to monitor breathing under a patient’s real-world, day-to-day conditions.

Here’s how the system is eventually supposed to work: sensors that monitor breathing transmit information to a smart device, such as a smartphone. That data is then run through the algorithm. If the algorithm finds that there is a breathing problem, the smart device could then notify the patient and his or her medical provider. Moreover, due to the low computational cost of the algorithm, the long-term goal is for it to be implemented on the sensor device itself. The sensor would then transmit an alert to the smart device only if it detects a problem. But while researchers have come a long way, they still have challenges to address.

Krim also notes that it’s difficult to assess the cost of the relevant hardware at this point, since it’s still under development.

The paper, “Spectral Estimation in Highly Transient Data,” will be presented at the 2015 European Signal Processing Conference being held in Nice, France, Aug. 31 to Sept. 4. Lead author of the paper is Emrani, a Ph.D. student at NC State. The work was supported by the National Science Foundation through the ASSIST Engineering Research Center at NC State, under grant number EEC-1160483. 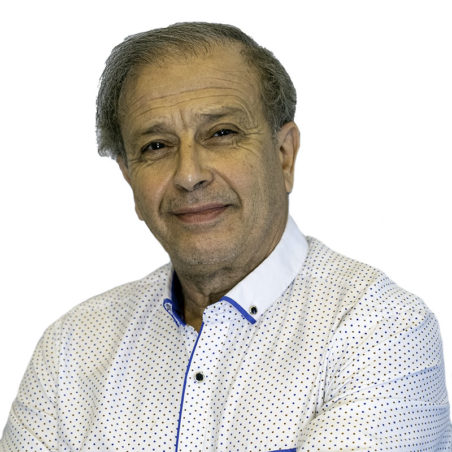