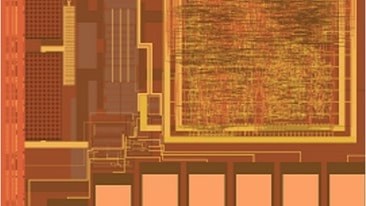 Engineering researchers led by Dr. Paul Franzon, have developed a suite of techniques that allow them to create passive radio-frequency identification (RFID) tags that are 25 percent smaller and less expensive. Engineering researchers at North Carolina State University led by Dr. Paul Franzon, a professor of electrical and computer engineering have developed a suite of techniques that allow them to create passive radio-frequency identification (RFID) tags that are 25 percent smaller – and therefore less expensive. This is possible because the tags no longer need to convert alternating current (AC) to direct current (DC) in order for the tags to function effectively.

In passive RFID technology, a “reader” transmits a radio signal that is picked up by the RFID tag. The tag converts the AC of the radio signal into DC in order to power internal circuits. Those circuits control the signal that is bounced back to the reader. Passive RFID technology is used in everything from parking passes to merchandise and asset tracking. For example, passive RFID is the technology that tells a traffic barrier to lift when you wave a parking pass in front of the scanner.

“By eliminating the hardware that is used to convert the AC signal to DC for powering the circuit, we are able to make the RFID tag much smaller and less expensive,” says Franzon, a professor of electrical and computer engineering at NC State and senior author of a paper on the work. The research was conducted with NC State Ph.D. students Wenxu Zhao and Kirti Bhanushali.

Franzon’s team was able to redesign RFID circuits to operate directly off of AC power by incorporating additional transistors into the circuits. The circuits share a few transistors that enable them to operate correctly using an AC power source.

Tags made using the new design are called “RF-only logic” RFID tags, and the prototypes have less range than conventional, passive RFID tags. However, Franzon and his team have plans to develop new RF-only logic tags that they anticipate will have similar range to conventional tags.

The relevant techniques have been patented through NC State’s Office of Technology Transfer.

“We’re currently looking for industry partners to help us bring this technology into the marketplace,” Franzon says.

The paper, “Design of a Rectifier-Free UHF Gen-2 Compatible RFID Tag using RF-Only Logic,” was presented May 5 at the IEEE RFID 2016 conference in Orlando, Fla. Zhao is lead author of the paper; Bhanushali is a co-author. The work was done with support from the National Science Foundation under grant number CCF-1422172 and from the NC State Chancellor’s Innovation Fund.