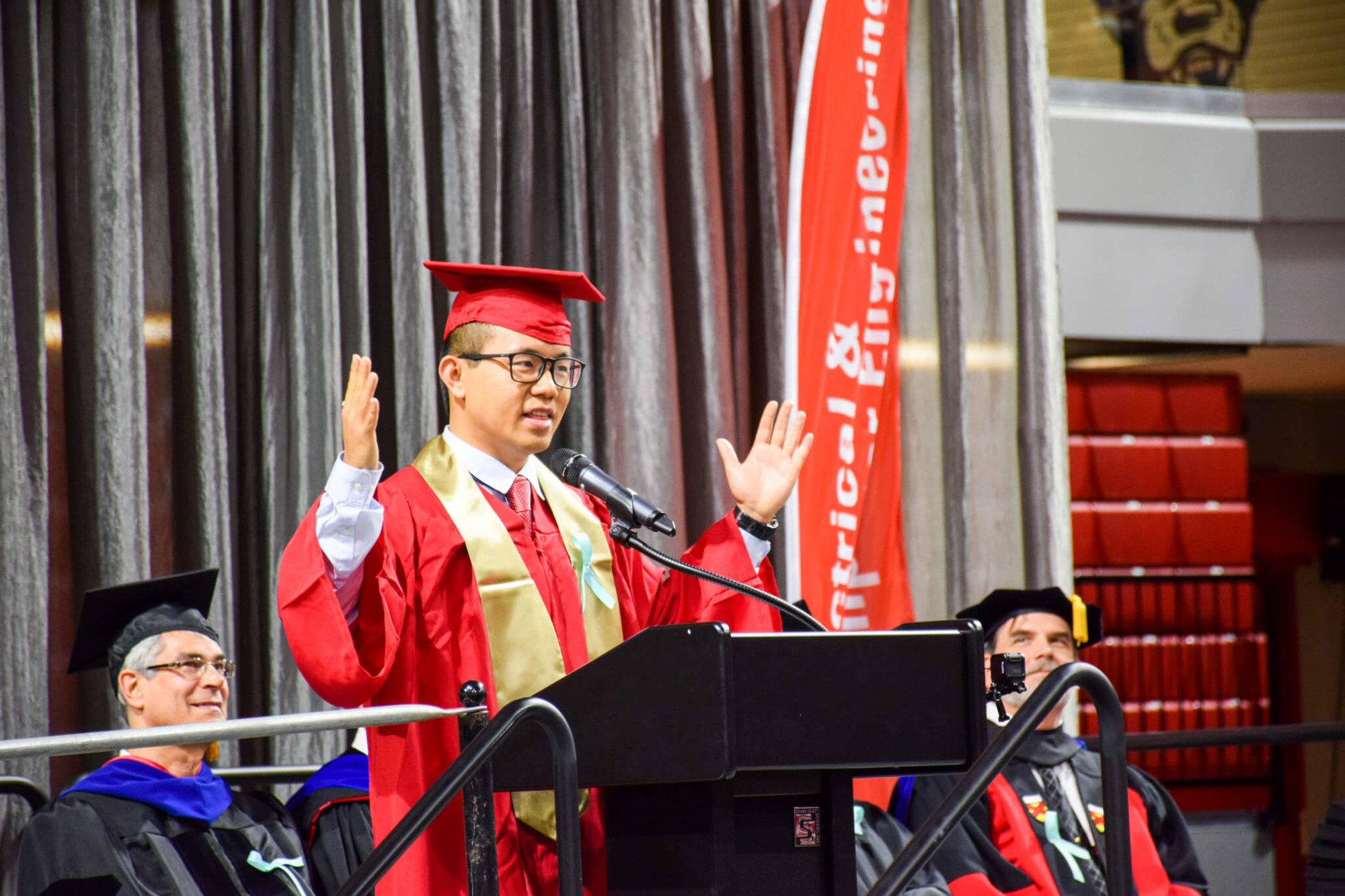 More than 450 B.S., M.S., and Ph.D. recipients celebrated their graduation on May 12 at Reynolds Coliseum, joined there by more than 2,500 friends, relatives, and guests, and watched on live stream by over an additional 2,000 supporters.

More than 450 B.S., M.S., and Ph.D. receipients celebrated their graduation during the Electrical and Computer Engineering Department’s Spring Graduation Ceremony on Friday, May 12. Held at the newly renovated William Neal Reynolds Coliseum at NC State, they were joined there by more than 2,500 friends, relatives, and guests, and watched on live stream by over 2,000 guests unable to attend in person.

The Spring graduating class included 15 Ph.D. recipients, 242 Masters of Science, and 172 Bachelors of Science, joining the more-than 15,000 alumni of the department.

Among the graduates, several were chosen for awards: Terance Chandler was recognized as the Faculty Senior Scholar and received the Service and Citizenship Award; William Glasscock received the Leadership Awards; Julien Chomette received the Scholarly Achivement Award; and the Humanities Award went to Augustus Vieweg.

During his address, Buff stressed the values often cited by our corporate partners – the importance of being able to work responsibly amongst teams with differing viewpoints and to ensure project and team success over personal ambition.

Also in attendance was the family of Cheyanne Hass, who tragically lost her life in a car accident days before she was due to graduate with her classmates. Her brother walked to receive her B.S. degree in her stead, with the support of all those in attendance.