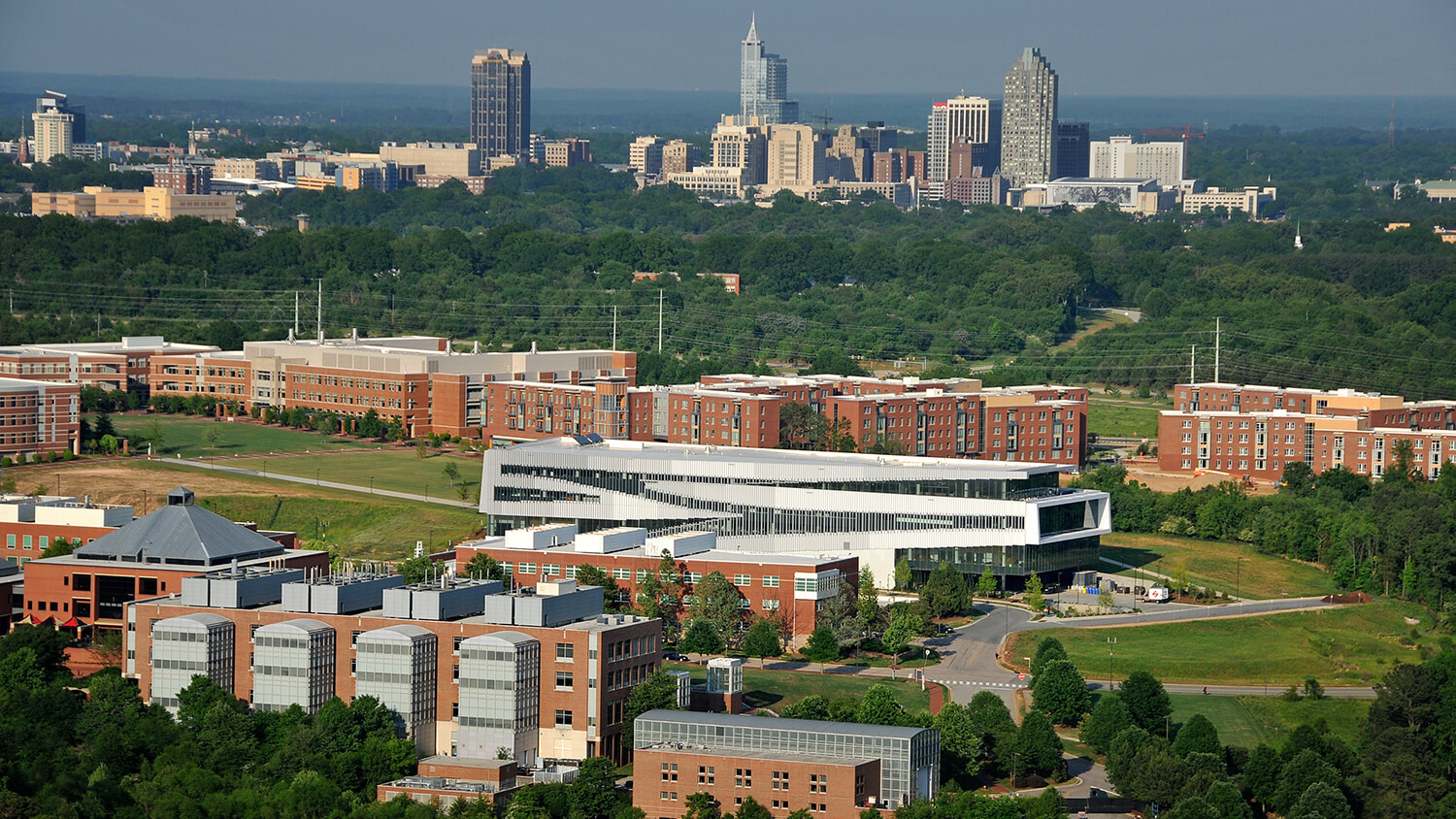 It was a ground-breaking vision, to be honest: a gift of land for a land-grant institution to build a unique research campus within sight of downtown Raleigh and NC State’s original campus. And it changed the size, scope and direction of the university forever.

In the waning days of North Carolina Gov. James B. Hunt Jr.’s second term, he signed legislation that gave NC State, the governor’s alma mater, a gift of 355 acres of land just south of the school’s main campus.

And the Democratic governor teed up the opportunity for his Republican successor, James Martin, to more than double that gift with another 741-acre tract of land once Martin settled into the governor’s mansion the following year, making the full parcel an act of bipartisan benevolence from the people of North Carolina. 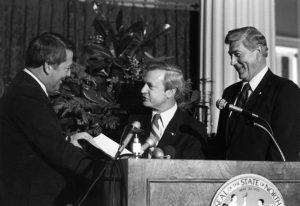 The undeveloped land, situated between Mission Valley Shopping Center and Lake Raleigh, was originally part of the Dorothea Dix Hospital and under the control of the state’s Department of Human Resources, all within sight of NC State’s original campus.

It was a wooded blank slate for the land-grant institution — a second grant of land that changed the size, scope and direction of the state’s largest university.

On Dec. 19, 1984, then-Chancellor Bruce Poulton and NC State Board of Trustees Chair Jack Jordan joined Hunt in a ceremony at the State Capitol in downtown Raleigh to officially transfer the land to the university.

“[This transfer of land] is one of the greatest benefactions — if not the greatest — in the university’s nearly 100-year history,” Poulton said at the ceremony.

It wasn’t nearly as large as the thousands of acres, under lease from the federal government, that were given to the state of North Carolina just after World War I, which eventually became part of NC State’s western boundary. That land is now home to the College of Veterinary Medicine, Carter-Finley Stadium, PNC Arena, the University Club and the Raulston Arboretum.

But it was certainly bigger than the original 61 acres given by Richard Stanhope Pullen in 1887 to start an agriculture and mechanic arts school desperately needed to help the state create a new economic identity at the start of a new century.

And it was the only way the campus — already bursting at the seams — could possibly grow.

Over the next five years — which coincided with the university’s 100th anniversary — an elaborate master plan for the undeveloped land was developed by Claude McKinney, the former dean of NC State’s College of Design and one of the key contributors to the design of Research Triangle Park. McKinney wanted to create an innovative research campus where private companies work in partnership with university researchers to solve the grand challenges facing society, develop businesses that drive the state’s economy and serve as a national model of public-private research partnerships.

The day after he was inaugurated, Martin directed his executive cabinet to resolve all conflicts regarding the additional acreage and, less than a month later, NC State had nearly doubled in size again. Over the next five years, with the grant of a little more land from the Department of Agriculture and a purchase of 80 acres from the adjacent Catholic diocese, some 1,000 acres were developed according to McKinney’s plan. The university dedicated the new research campus’ first building, Research I, in 1989, and the first private tenant moved in just two years later.

Now that gift of the ages is home to more than 40 university buildings, more than 75 companies, government agencies and nonprofits, and some five million square feet of research and educational space. It comprises a championship golf course, the chancellor’s residence, private and student housing, and the world’s coolest university library.

Happy birthday, Centennial Campus. You are the best holiday gift NC State has ever received.