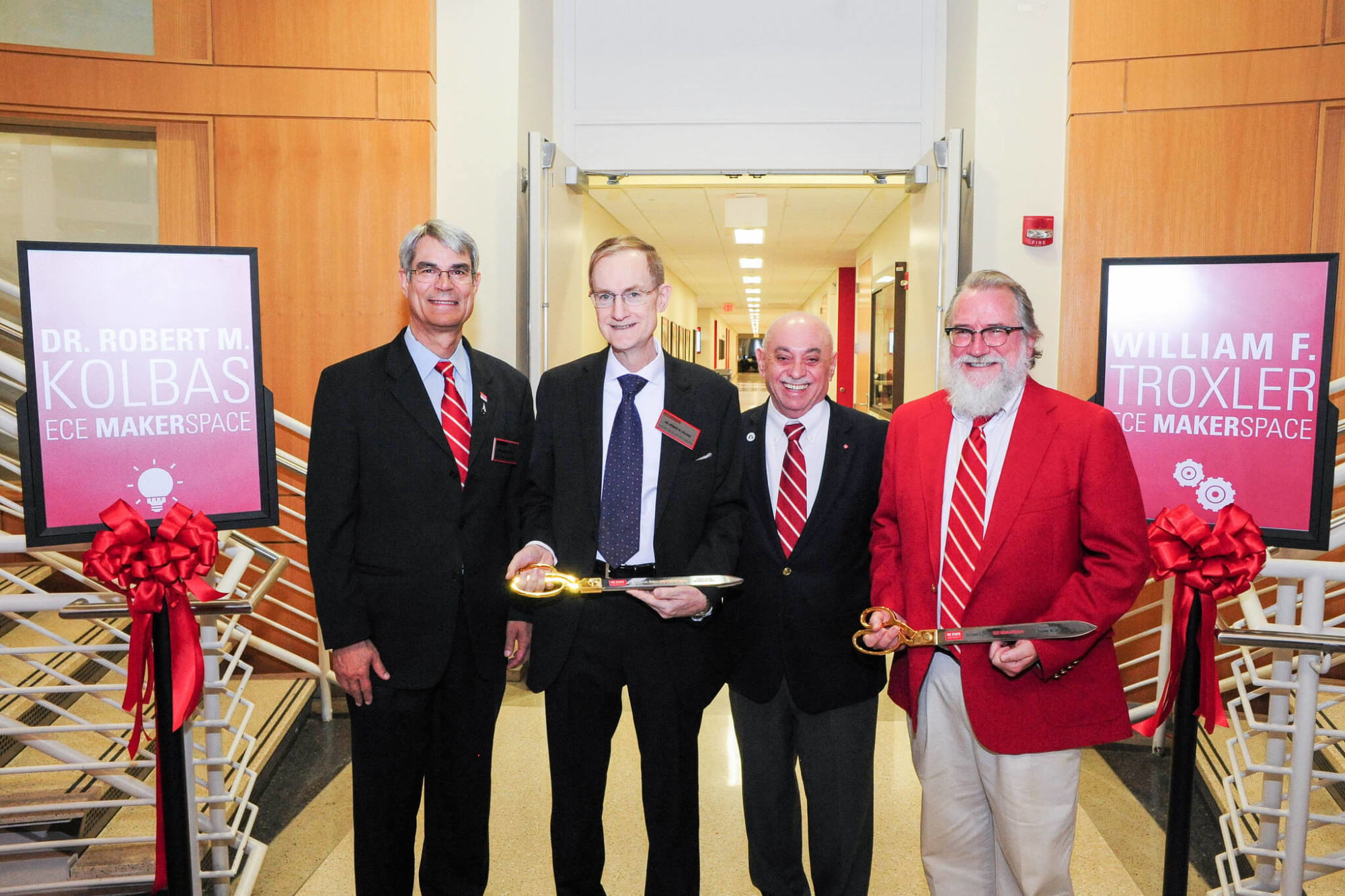 In late 2016, the Department of Electrical and Computer Engineering opened the ECE MakerSpace in Engineering Building II, consisting of two facilities – the Robert M. Kolbas MakerSpace, and the William F. Troxler MakerSpace.

On October 26, 2017, the Department of Electrical and Computer Engineering officially opened the ECE MakerSpace in Engineering Building II, consisting of two facilities – the Robert M. Kolbas MakerSpace, and the William F. Troxler MakerSpace. The two spaces serve to provide all of the resources students need to realize electronics and fabrication projects, both for Senior Design and other coursework as well as extracurricular and personal experimentation and creation.

Dr. Robert M. Kolbas a professor of electrical and computer engineering since 1985 has published more than 140 manuscripts in refereed journals. He has pioneered hands-on laboratory experiences for undergraduates and encourages them to invent, tinker, explore, and discover how to realize their dreams in the MakerSpace.

The Troxler ECE MakerSpace was made possible with a gift from Mr. Troxler’s son, Dr. Robert E. Troxler, a long-time supporter, friend and alumnus of the department, to honor his father, a Distinguished Engineering Alumnus and also a generous benefactor of the College of Engineering.

At an evening ceremony and reception with Dr. Kolbas and Dr. Troxler in which ceremonial ribbons were cut, Dean of Engineering Martin Louis Vega and Department Head Dr. Daniel Stancil joined the donors in opening this pair of instrumental spaces alongside student leaders from across the department.

The MakerSpace will enable and encourage students to be involved in hands-on engineering projects in their coursework and of personal interest. The ECE Department expresses its sincere gratitude to Dr. Kolbas and Dr. Troxler for their generosity that made the ECE MakerSpace possible!