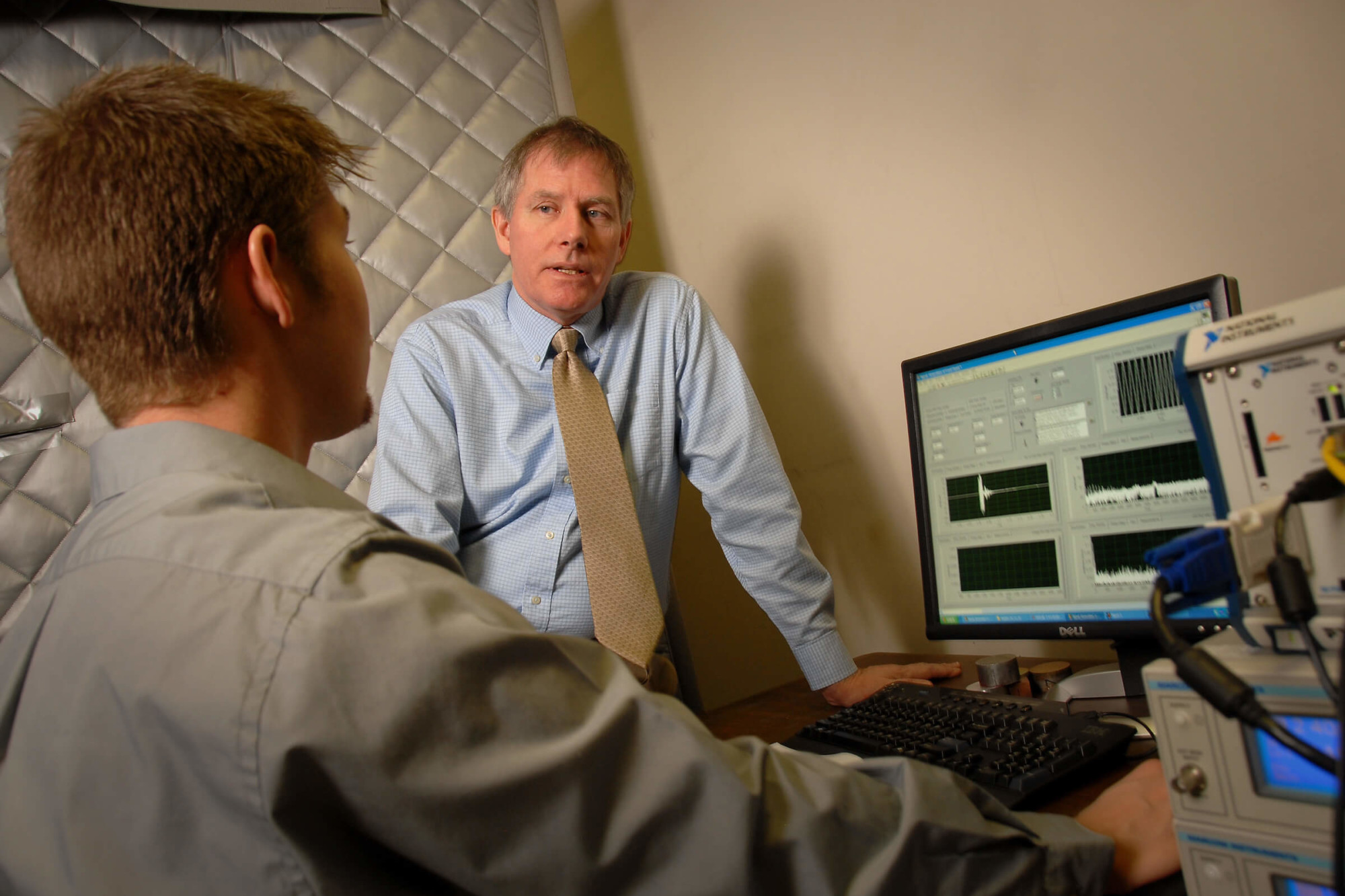 Three NC State professors, including Michael B. Steer from Electrical and Computer Engineering, received the Alexander Quarles Holladay Medal for Excellence, the highest faculty honor bestowed by the trustees and NC State University. The Holladay Medal …

Three NC State professors, including Michael B. Steer from Electrical and Computer Engineering, received the Alexander Quarles Holladay Medal for Excellence, the highest faculty honor bestowed by the trustees and NC State University.

Steer, a Lampe Distinguished Professor, received his B.E. and Ph.D. in Electrical Engineering from the University of Queensland, Brisbane, Australia, in 1976 and 1983 respectively. Professor Steer is a Fellow of the Institute of Electrical and Electronic Engineers. He is a 1987 Presidential Young Investigator (USA) and was awarded the Bronze Medallion by U.S. Army Research for “Outstanding Scientific Accomplishment” in 1994 and 1996. He received the Alcoa Foundation Distinguished Research Award from North Carolina State University in 2003. He was the 2003 Jack S. Kilby Lecturer. He was Editor-In-Chief of the society’s flagship publication the IEEE Transactions on Microwave Theory and Techniques (2003–2006). He received Service Recognition Awards from the IEEE Microwave Theory and Techniques Society in 1998 and in 2001, and a Distinguished Service Award from the Society in 2007.

In 2009, Dr. Steer received a military medal awarded to a private citizen, the “Commander’s Award For Public Service” from the Commanding General of the U.S. Army Research, Development and Engineering Command (RDECOM). He was a co-recipient of the 2010 Microwave Prize from the IEEE Microwave Theory and Techniques Society (MTT-S). The Microwave Prize recognizes the authors of the most significant paper on microwave engineering published in the preceding year in any IEEE publication. In 2011 he received the Distinguished Educator Award from the MTT-S; and was inducted into the Electronic Warfare Technology Hall of Fame (sponsored by the Association of Old Crows). Dr. Steer also has led three Multidisciplinary University Research Initiatives (MURIs)-five year programs funded by the Department of Defense at over a million dollars per year-in Radio Radar and Sensors, Analysis and Manipulation of Electronic Systems, and Sound and Electromagnetic Interacting Waves.