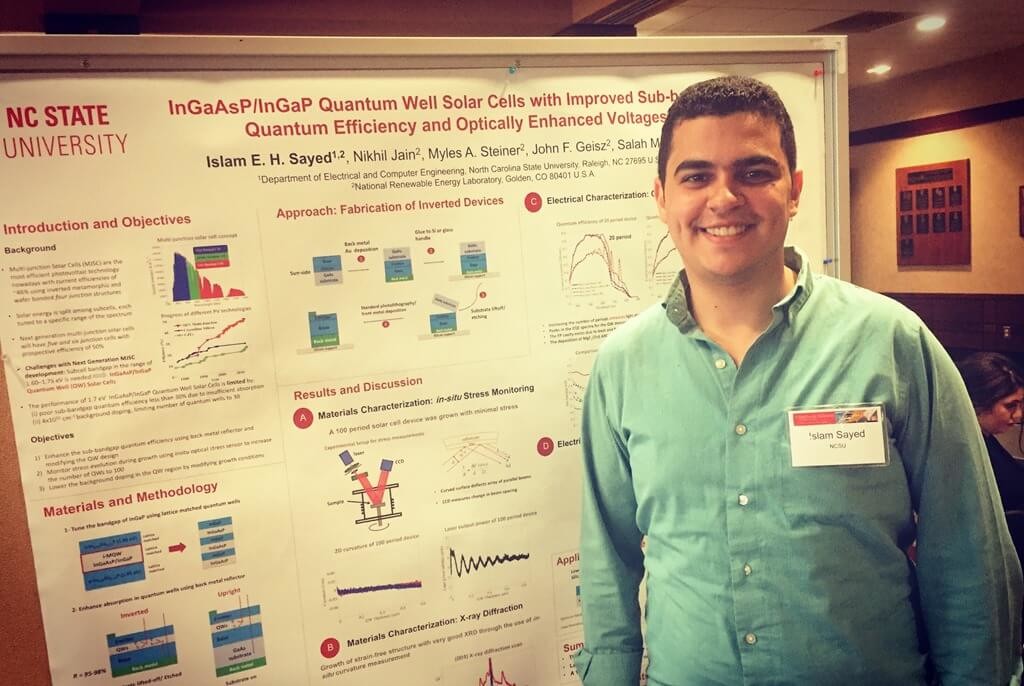 During the competition, 61 presenters showed their research in five categories covering different aspects of materials science, physical electronics, and electrochemistry.

An award was granted for the best presenter of each category, and in addition an overall grand prize award was presented to the best presenter at the event, and he was honored to receive this prestigious award from amongst the other 60 competitors. Posters were judged by professors from UNC:CH, Duke, and NC State, in addition to representatives from Eastman.

Sayed was also selected as a finalist in the 2017 Three Minute Thesis Competition, where he represented the ECE Department while presenting on his research to a non-technical audience. That competition was held on October 31st at Hunt Library, to an audience of students, faculty, and the public, and judged by a panel of experts.

Contestants are judged on comprehension and content, as well as engagement and communication.