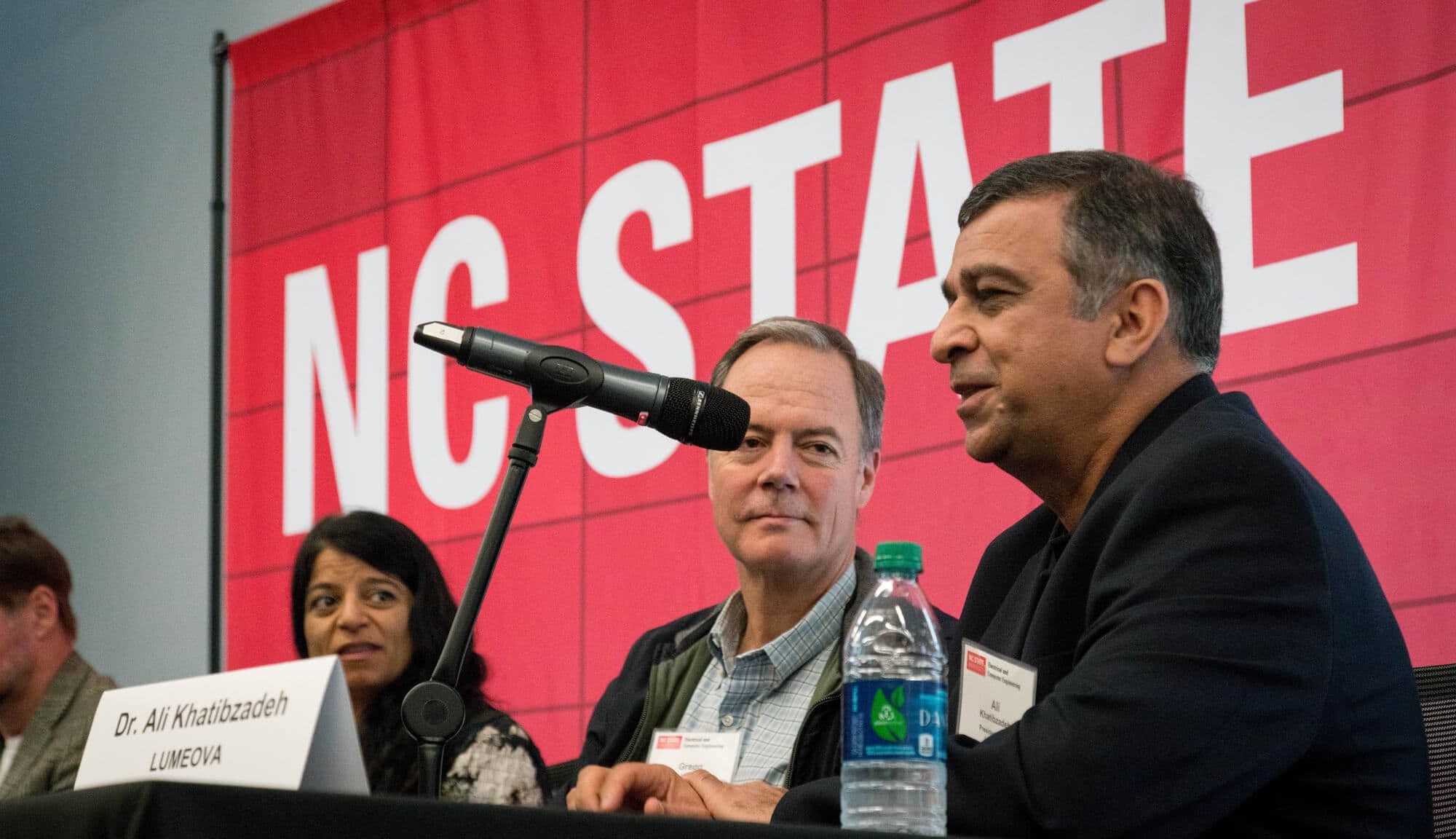 The Future of ECE symposium was a day full of special guests discussing the future of electrical and computer engineering and the evolution of future groundbreaking technologies.

The Future of ECE symposium was held at James B. Hunt, Jr. Library on November 9, 2018, and was a day full of special guests discussing the future of electrical and computer engineering and the evolution of future groundbreaking technologies.

The event also served as the culmination of the 100th Anniversary celebrations the department had been presenting over the past year!

Following that was a panel with special guests Dr. Ali Khatibzadeh, President & CEO of LUMEOVA, Mr. Gregg Lowe, President and CEO of Cree, Inc., Mr. Scott Moody, Co-Founder, CEO and Chief Member Advocate of K4Connect, and Ms. Lisa Smith, engineering Manager for Spreedly, and founding Director of Women Who Code Raleigh-Durham. Each spoke about future innovations, and then took questions and debated amongst themselves over what the future holds for electrical and computer engineers.

Next, Dr. Marija Ilic, Professor Emeritus at Carnegie Mellon University spoke about the future of electric power grids and their challenges.

Dr. Dario Gil, Vice President of AI and IBM, discussed what AI and quantum computing is, what it went through in the past, and where it’s going in the future.

The Future of ECE symposium ended on a high note with Dean Kamen, inventor, entrepreneur and founder of FIRST, who spoke about the future of engineering and technology. With over two hundred FIRST robotics students from high schools around the state in attendance, Kamen provided experienced inspiration for the future engineers who might one day grace the halls of Engineering Building 2.

In addition to the audience in the room, the entire symposium was broadcast live to an audience around the world.