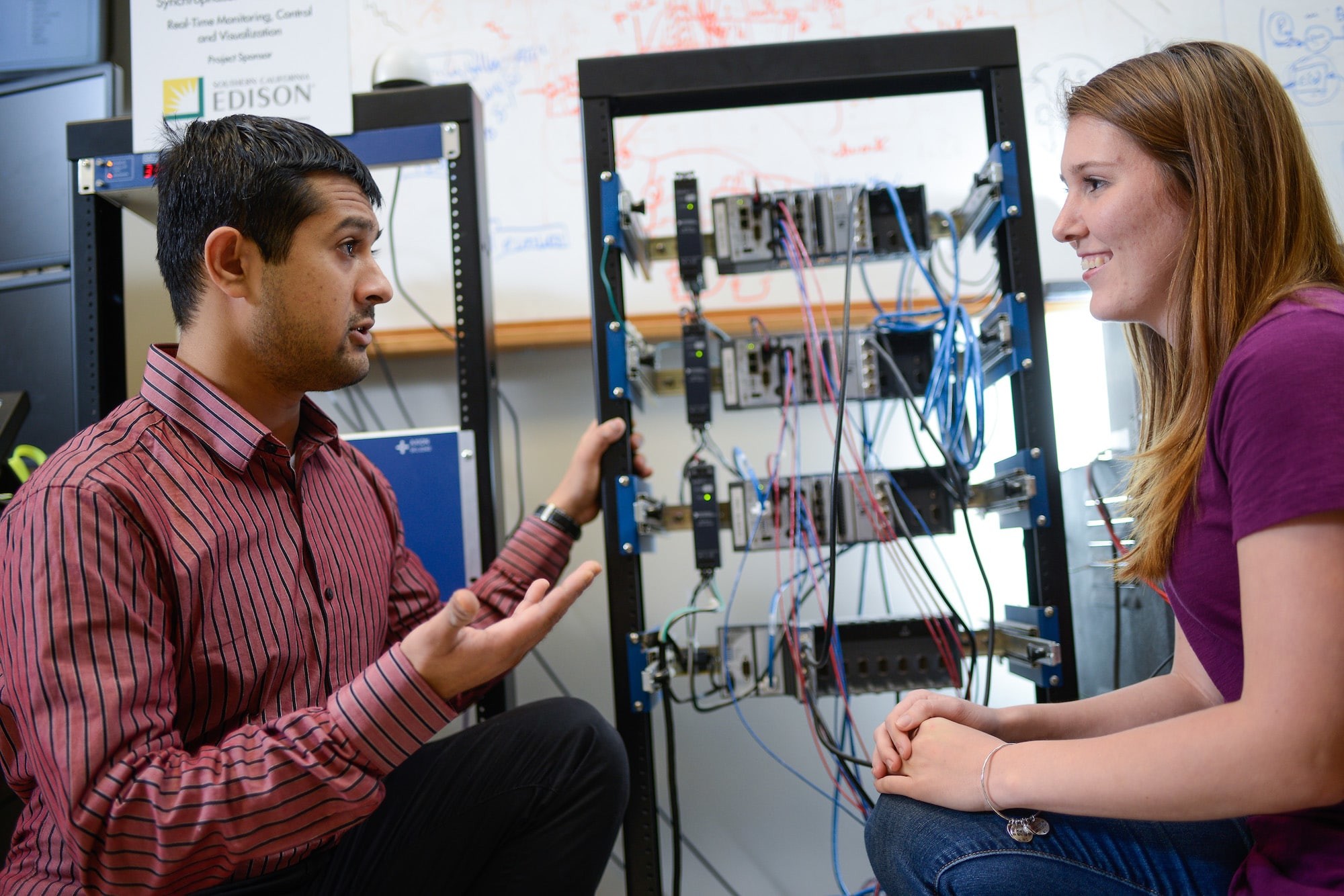 Get to Know: Dr. Aranya Chakrabortty

Learn about Dr. Aranya Chakrabortty, one of NC State ECE’s associate professors working to revolutionize and harden the U.S. and Irish power grids, seeking to make blackouts a thing of the past.

Coming from a family of engineers, there was little question in his mind that being an engineer was his future. He received his Ph.D. in Electrical Engineering from Rensselaer Polytechnic Institute, Troy, NY in 2008, where his research on power system modeling and control earned him the Alan B. Dumont Prize for the best Ph.D. dissertation of the year.

Dealing with power grid research for the last 12 years, his interactions with the power system industry led him to realize that security and privacy is becoming a very important concern for power grids, and that is what has geared his research towards.

His research interests span all branches of control system theory with applications to large-scale electric power systems. His current research with the NSF FREEDM Systems Center includes system and control-theoretic problems for the U.S. power grid using Phasor Measurement Unit (PMU) data for Wide Area Monitoring Systems. FREEDM Research Center is sponsored by the National Science Foundation which provides funding for basic research and engineering and science. In the center, he figures out ways to prevent blackouts from happening in the grid.

“What makes this kind of research more meaningful is that the power grid has changed drastically over the last 20 years,” explains Chakrobortty. “We started integrating a lot of renewable energy into the grid, which is good, but depending on other parameters, this made the grid less robust compared to what it was 20 years ago.”

Chakrabortty is also involved with the Center to Center (C2C) project known as CREDENCE. This project seeks to optimize levels of electrification and decentralization of the Irish electric grid in the shift to renewable-based energy systems. Chakrabortty’s contributions include evaluating control schemes for distributed generation that reduce the impact of communication latency, data loss, and cyber-physical attacks. “It’s very interesting because Ireland’s power grid is very small compared to the United States,” he explains, “but they have a larger amount of wind penetration than we do. We wanted to collaborate with their center so that we can learn from their experience, and we can make the U.S. grid resilient enough for when we reach the same density that they have.”

He has recently been very interested in data science, analyzing power system data, and applying different kinds of tools to make sure the health of the power system is good. “Recently, I have also become very interested in the applications of machine learning in power system controls. For example, I am currently exploring how reinforcement learning can be combined with model reduction theory so that operators can learn and control large complicated power systems, all in real-time after major disturbances. My group is also currently exploring the relevance of various deep learning methods using neural networks for this.”

Chakrabortty is currently looking for students who work on data science and data analytics. He encourages students that are interested in grad school and want to get involved with research to start interning in their junior/senior years. “We have paid programs in the FREEDM Center just for undergraduate students to go into research, and starting early makes you better prepared.”