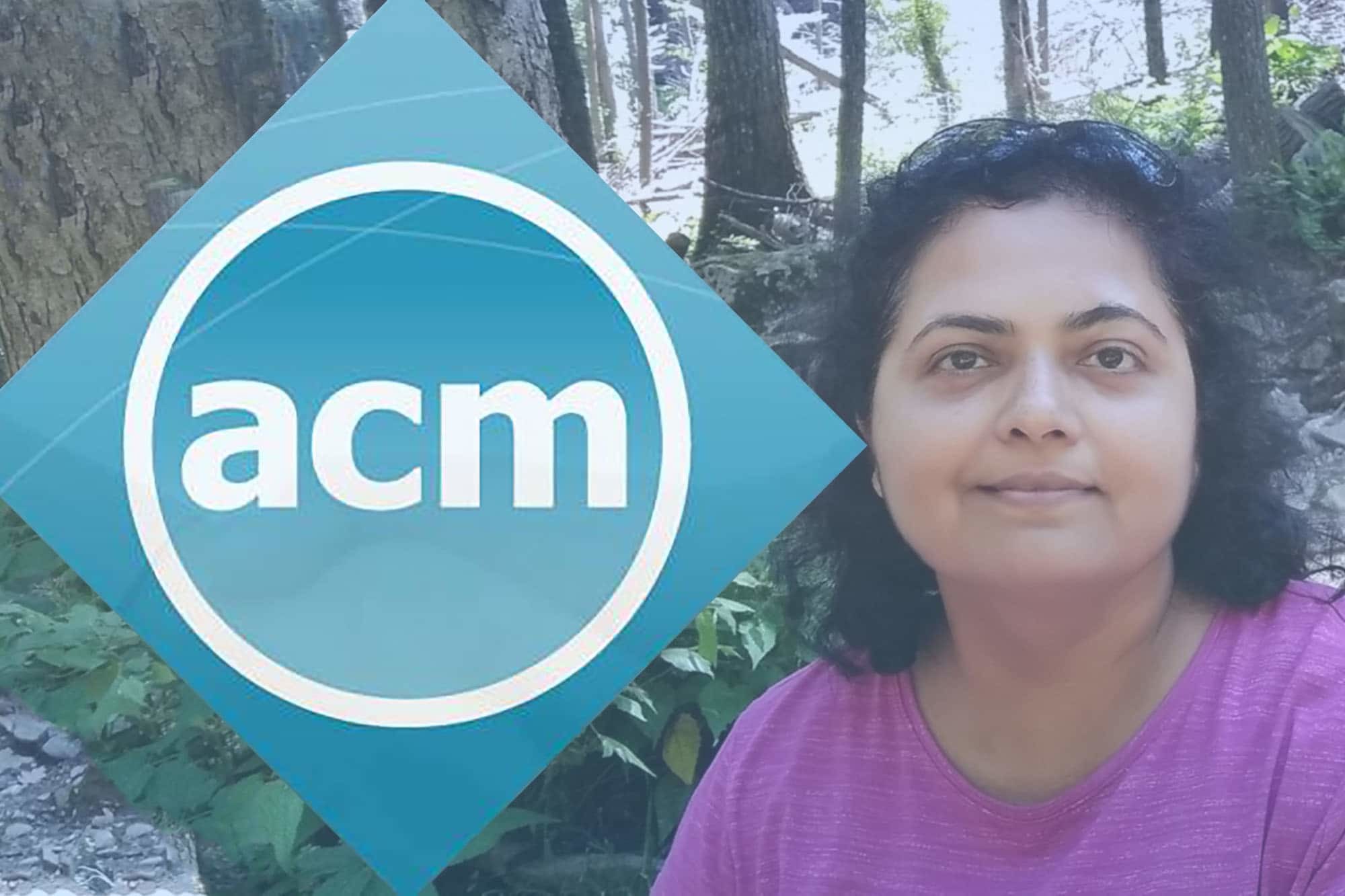 Congratulations tor associate teaching professor Arati Dixit, 2020 receipient of the Outstanding Contribution to ACM Award for contributing to the growth and diversity of Indian women in computing.

ACM, the Association for Computing Machinery, today recognized three individuals, including NC State’s Arati Dixit, with awards for their exemplary service to the computing field. Working in diverse areas, the 2019 award recipients were selected by their peers for longstanding efforts that have strengthened the community. This year’s ACM award recipients made seminal contributions in areas including textbooks and educational tools, bibliographic resources, and advancing the computing community in India.

Arati M. Dixit, an associate teaching professor of electrical and computer engineering at NC State receives the Outstanding Contribution to ACM Award for contributing to the growth and diversity of ACM programs in India, especially ACM-W India.

In addition to her teaching role at NC State, Dixit is currently a Senior Scientist at Applied Research Associates, Inc. in Raleigh. Dixit has been an active member of ACM-W India, an initiative that focuses on the empowerment of women, for many years. In 2013, she was involved in launching the first ACM-W Celebration of Women in Computing event in Pune. ACM-W Celebrations are events that are designed to build a sense of community among women in computing and can include anything from a technical session, to a graduate panel, to a career fair. When she became Chair of ACM-W India in 2017, Dixit expanded the number of ACM-W celebrations to eight diverse regions of the country in both rural and metropolitan settings. She also championed the creation of an annual ACM-W India hackathon.

In 2017, when the broader ACM India Council initiated a program of summer schools across the country to encourage undergraduate students to take up graduate studies, Dixit proposed the idea of having one of the schools dedicated exclusively to women. Dixit organized the first school in Pune in 2017, and an additional summer school was added in Bengaluru in 2018. These women-only summer schools were a success and the model has been repeated. The number of ACM-W chapters across India also grew during Dixit’s tenure. When she stepped down as Chair at the end of 2019, there were 35 active ACM-W student chapters and three ACM-W professional chapters in the country.

Dixit’s other prominent public contribution to ACM was her work as the founding Vice Chair of the ACM India Special Interest Group on Computer Science Education (iSIGCSE), in which she made tireless efforts to promote ACM curriculum implementation across India. As an ACM India Eminent Speaker, she has delivered more than 50 talks on diverse topics. She has been especially active with her local ACM professional chapter in Pune, having served as Chair, Vice Chair, and Secretary/Treasurer.

The Outstanding Contribution to ACM Award recognizes outstanding service contributions to the Association.  Candidates are selected based on the value and degree of service overall, and may be given to up to three individuals each year.

ACM, the Association for Computing Machinery, is the world’s largest educational and scientific computing society, uniting computing educators, researchers and professionals to inspire dialogue, share resources and address the field’s challenges. ACM strengthens the computing profession’s collective voice through strong leadership, promotion of the highest standards, and recognition of technical excellence. ACM supports the professional growth of its members by providing opportunities for life-long learning, career development, and professional networking.