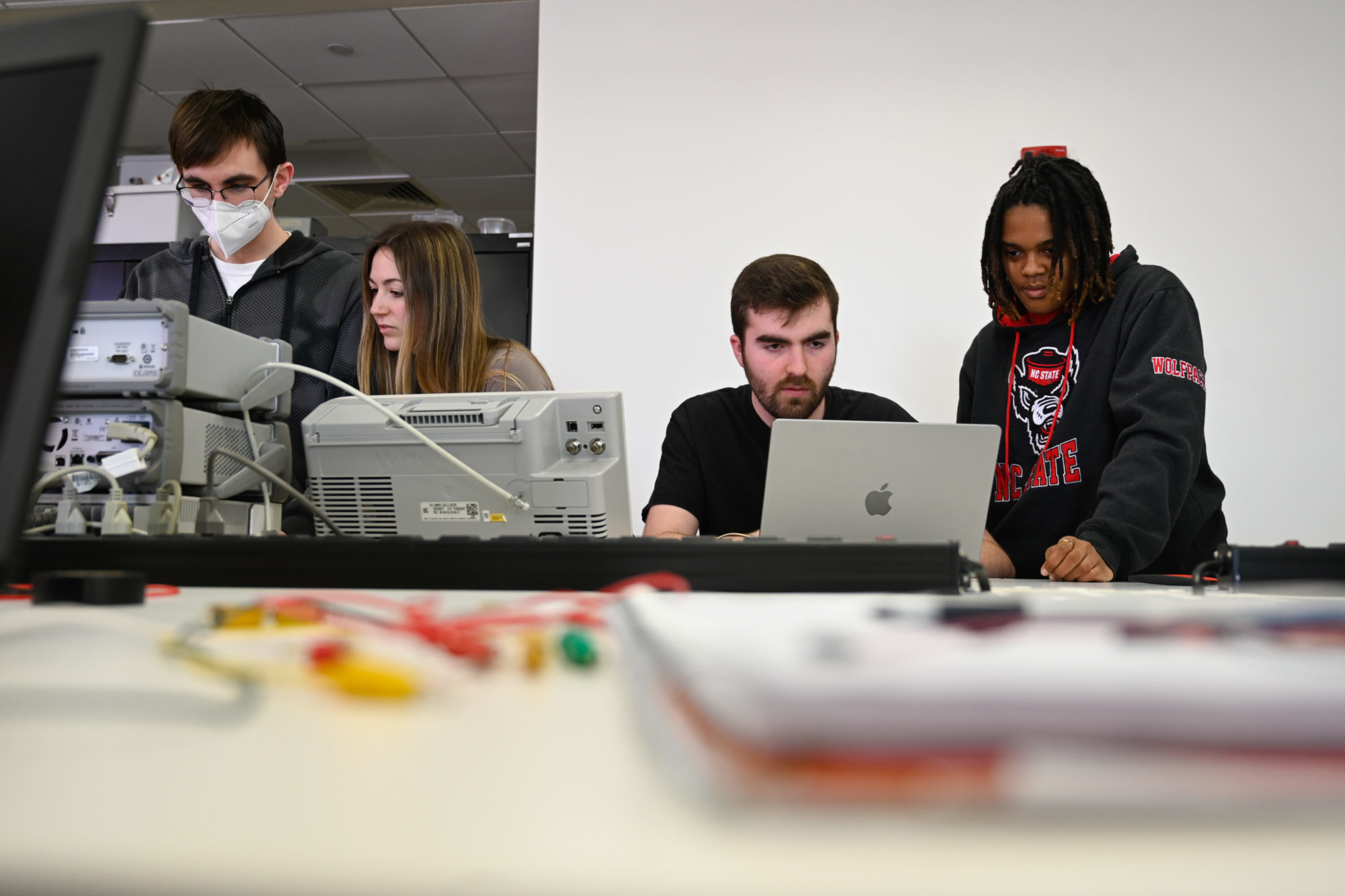 Engineering expansion will bolster the state’s workforce and help the College grow.

A funding initiative from the state legislature titled Engineering North Carolina’s Future will help grow the enrollment of engineering and computer science students at NC State and other engineering programs in the University of North Carolina System.

The initiative recognizes the significant growth of science, technology, engineering and mathematics (STEM) workforce-dependent industries in North Carolina and was spurred, in part, by several significant hiring announcements in the state by leading technology companies in 2021.

NC State plans to add about 4,000 engineering and computer science students over the next few years and hire more than 100 new faculty members. This growth would bring the enrollment in the College of Engineering to more than 14,000 students and the University’s total student population to more than 40,000.

Engineering North Carolina’s Future will provide NC State with $20 million over the next two years to catalyze the hiring of additional faculty members and support staff including academic advisors and laboratory personnel to support the larger student body.

“NC State is providing the workforce, research and partnerships that are fueling the Triangle’s flourishing tech industry that is driving huge economic impact benefits across the state of North Carolina.”
Chancellor Randy Woodson

The legislature is also providing the University with $30 million to support facility upgrades to accommodate these additional students.

“NC State is providing the workforce, research and partnerships that are fueling the Triangle’s flourishing tech industry that is driving huge economic impact benefits across the state of North Carolina,” said Chancellor Randy Woodson. “We greatly appreciate the General Assembly’s support and recognition of NC State’s critical role in Engineering North Carolina’s Future.”

Helping the College grow its student enrollment, faculty and infrastructure is also critical to assuring that NC State Engineering continues to move forward to meet its full potential.

While the College has made significant advancements in its research enterprise, national reputation and rankings, none of its peers are standing still, so it must grow to continue its move up among the country’s top public colleges of engineering.

Woodson makes the case for why engineering expansion is necessary for the continued growth and economic development of North Carolina:

Recent economic development announcements by Apple, Google, FUJIFILM Diosynth and many others show the rapid growth of the tech industry in North Carolina. The demand for NC State’s well-prepared STEM graduates — as well as partnerships with NC State’s world-leading faculty members and their research — has never been greater. As just one example, Google’s new unit in Durham, NC, will be led by Kamala Subramaniam, an NC State electrical and computer engineering alumna who received her M.S. and Ph.D. in 2006 (see sidebar).

As the workforce needs of the state grow, however, NC State has not kept pace with demand; last year alone, the University turned down undergraduate admissions to 1,400 engineering applicants who had a 3.75 or higher unweighted GPA due to lack of faculty members and space.

“These new funds will enable NC State to keep our best and brightest students in state, and will allow us to meet the needs of North Carolina’s growing technical workforce,” Woodson said.

Engineering North Carolina’s Future will also help the College of Engineering take the next step toward its goal of becoming the leading public college of engineering in the United States.

These investments helped spur a period of significant enrollment growth and research expansion between 2006 and 2018. The College reached $200 million in annual research expenditures and climbed as high as eighth nationally in annual expenditures among all engineering colleges. Along with that growth came national recognition; the College was ranked as high as 11th among all public colleges of engineering in U.S. News & World Report rankings of the best graduate engineering programs in the country.

While the College has continued to operate at a high level since then, peer institutions are making major investments to grow their engineering and computer science programs. The solution for continuing NC State Engineering’s upward trajectory is simple: the College must continue to grow.

“Virtually every college ranked ahead of us isn’t better,” Dean Louis Martin-Vega said. “They’re just bigger. We hope that Engineering North Carolina’s Future will help spur the enrollment growth and faculty hiring that we need to close that gap.”