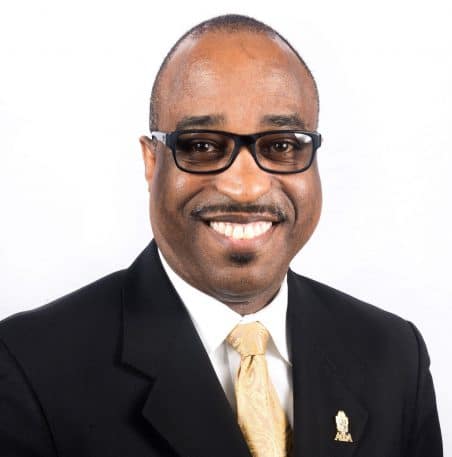 Clay Gloster, Jr. currently serves as the Interim Vice Provost for Research, Graduate Programs, Extended Learning, and Dean of the Graduate College at N.C. A&T. He also serves as the Chair of the Engineering Technology Division of the American Society for Engineering Education.

After NC State he then served as a tenured member of the faculty at Howard University. After Howard, he became the Chair of the NC A&T Department of Computer Systems Technology and later Associate Dean of the College of Science and Technology. Aside from high ed, he has also worked for IBM, the Department of Defense, and the Microelectronics Center of NC.

Dr. Gloster led the effort to establish two new Bachelor of Science degree programs: Computer Engineering at Howard University and Information Technology at N.C. A&T. Under his leadership, the Master of Science in Information Technology degree program ranked 16th in the country by US News and World Report. His dedication to scholarship has led to having published numerous articles in peer-reviewed conferences and journals and presentations of his work throughout the US, Europe, Africa, and China. He also holds two US patents.