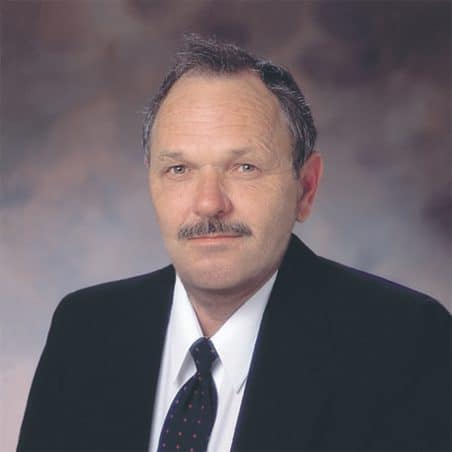 James Frank Collins received a Bachelor of Science and Master of Science in electrical engineering from NC State University in 1964 and 1966, respectively.

Jim then became an officer in the U.S. Navy after graduating from the Naval Officers Candidate School located at the U.S. Naval Base in Newport, Rhode Island. For the next two years, he served as a Contracts Administrator at the Marine Corps Base Camp Lejeune in Jacksonville, North Carolina. From December 1968 to November 1969, he fought in the Vietnam War while stationed in Danang, Republic of South Vietnam with the Navy Seabees supporting the U.S. Marines.

After being discharged from the Navy, Jim moved to California and worked as a hardware design engineer for 14 years at ARGOSystems, a supplier of ELINT (Electronic Intelligence) and COMINT (Communications Intelligence) gathering equipment.

Jim then conceived of and co-founded Applied Signal Technology which soon became the premier supplier of strategic and tactical telecommunications reconnaissance and processing equipment for the U.S. military and U.S. intelligence agencies. AST, headquartered in Sunnyvale, California, pioneered the use of digital signal processing to implement that equipment. While at AST, Jim and his daughter, Sarah, also an AST hardware engineer with her Bachelor and Master’s degrees from Stanford, hosted Dr. Tom Miller and his NC State University Entrepreneurship students on several occasions. Jim always encouraged the students to take career chances or “opportunities” by joining start-up companies or by starting their own.

After AST reached approximately 700 employees in 2011, Raytheon, the fourth largest defense contractor at that time, purchased AST. In 2015, Raytheon dedicated the James Frank Collins Museum in Sunnyvale, California which displays many of the equipment that Jim and AST built. Jim remains a part-time consultant with Raytheon AST.

Jim and his wife, Danna, celebrated their 50th wedding anniversary in June 2017. While maintaining their permanent residence in Sunnyvale, CA, they spend much of their time in their home on the island of Sunset Beach, North Carolina.