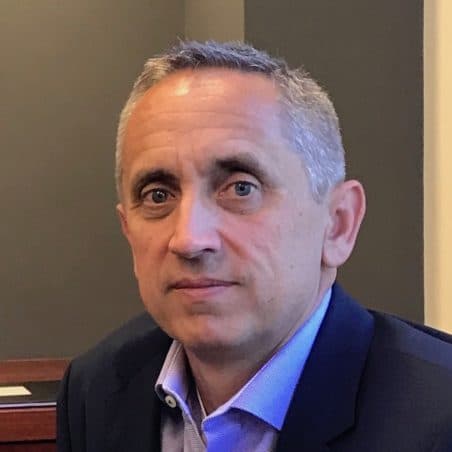 Mr. Patrick Hutchins, a native of Charlotte, North Carolina, received his Bachelor of Science in Electrical Engineering from NC State University in 1985, and a Master’s in Business Administration from the University of North Carolina at Wilmington in 1992. He has spent his career creating excellence in the provision of life safety and mission critical products and has performed business in over 30 countries managing sales, service, business development and supply chain. Patrick began his career with Siemens in Wilmington, North Carolina where he had roles in Engineering and Quality in the production of electro-mechanical and solid-state circuit protection devices. He left Siemens to take part in a multi-factory relocation with Chloride Power Electronics, now a division of Emerson, where he held roles in Quality and Operations before taking over the reigns as General Manager and President of Chloride Power Electronics North American divisions.

Since his days at Chloride Power Electronics, Patrick has sought out roles in the production of high performance products, such as microwave transceivers and precision aerospace components. He has targeted companies that required leadership during significant growth or were in need of a turn-around expert. As a true believer of best practice and process, he also knows that people buy from people, and has consequently lived a career of customer engagement by offering irreplaceable value.

Currently, Patrick is the President of Staco Systems, a solutions provider of Human to Machine Interface products for aerospace and defense markets in Irvine, California. He also serves as a board member of Omni-Lite Industries and a consultant to the aerospace fastener industry.

Patrick has been a member of both the NC State Alumni Association and Wolfpack Club for over 30 years, resides in Orange County, California and has two grown children.