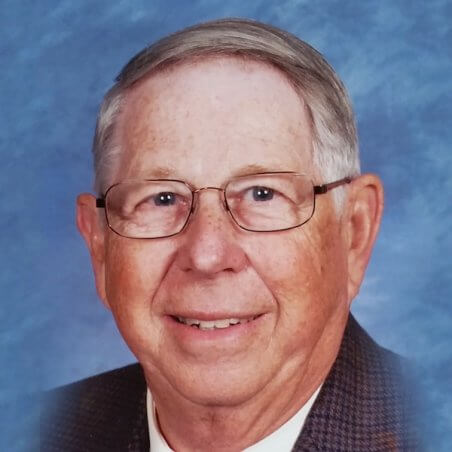 Mr. Paul L. Madren Jr., earned a certificate in Electrical Technology from Morehead City Technical Institute, served in the U.S. Air Force and served in Korea (1952-53), and attended N.C. State in 1955-59, earning a B.S. in Electrical Engineering. Mr. Madren’s senior project was a specialized circuit and he said, “That’s the last time I worked with vacuum tubes.” Within a year, he was designing transistor circuits for Bendix Radio while Bendix built its first transistor manufacturing plant, and Mr. Madren received a patent for a 100 MHz analog-to-digital converter.

At Raytheon, he designed timing mechanisms (an essential part of the first EKG) and worked on converting analog and digital TV signals. The latter work enabled live broadcasts of the NASA astronauts’ moon landings, and underpinned the 1990s’ conversion of analog TV broadcasting to digital.

At IBM, between 1963 and 1990, Mr. Madren designed interfaces that connected office typewriters with other business machines, worked on interfaces for high-speed data telecom circuits, helped develop an early voice-recognition system for numbers (it led to the 411 system), and met Bill Gates and Steve Jobs while evaluating operating systems for the original 1981 IBM PC. While employed by IBM, he was liaison to the FCC and U.S. State Department on national and international telecom standards and sometimes chaired industry standards groups for TIA, EIA and CCITT.

He has kept bees as a hobby since 1960 and is one of only 12 N.C. State Master Craftsman Beekeepers.