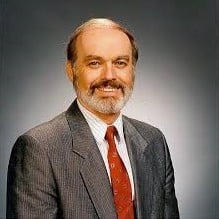 Dr. Raymond J. Leopold was the chief technologist and co-inventor of The Iridium System, the first realization of worldwide, wireless, personal communications. As the Vice President and Chief Technical Officer of Motorola’s Satellite Communications Group he guided the creation, development, deployment, and initial operation of Iridium. He is an IEEE Life Fellow, an Aviation Week and Space Technology Laureate for Space and an inductee in their Hall of Fame at the National Air and Space Museum in Washington, D.C. He is a recipient of The IEEE Third Millennium Medal, The AIAA Biennial Communications Award, and The Mobile Satellite Users' Association’s Pioneer Award. He is also a Motorola Master Innovator and holds Motorola’s highest technical honor, The Title of Dan Noble Fellow. He has 27 US Patents and 75 foreign patents.

He was the James C. Hunsaker Visiting Professor of Aerospace Systems at MIT’s Department of Aeronautics and Astronautics and delivered their Golden Anniversary Minta Martin Lecture in 2004. He previously chaired MIT’s Industry Advisory Board for their Conceive-Design-Implement-Operate Initiative. He earned his BS in Electrical Engineering from the USAF Academy in 1967, a Master’s of Electrical Engineering from NC State in 1968, and his PhD from the University of New Mexico in 1973, and was honored with a Doctorate in Telecommunications Management from South Dakota School of Mines and Technology in 1997.