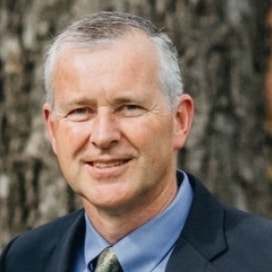 Steven Hunter retired as an IBM Fellow in 2018 after 35 years with the company and has been an NC State Adjunct Professor for the past 20 years. He began his career with the IBM Networking Division developing products, standards and technology and later joined their Systems and Technology Group where, as systems architect and CTO, he developed the IBM BladeCenter System, as well as the Infiniband and Ethernet industry interconnect standards, to advance parallel systems and technology. He was designated an IBM Distinguished Engineer during this time.

Hunter continued to develop innovative concepts and joined the IBM Research Next Generation Computing team as chief systems architect. He worked on the development of a multicore processor and edge-of-network systems, which led to his designation as an IBM Fellow. He also worked in the areas of distributed storage, high availability, power-efficiency, and hardware acceleration, resulting in numerous research papers and patents.

During his career, he was the recipient of the IBM Outstanding Technical Achievement Award, the IBM Corporate Award, the Gerstner Client Excellence Award (i.e., CEO award), as well as various paper, patent, and management awards. He was elected to the IBM Academy of Technology, is a Senior Member of IEEE, and a licensed North Carolina Professional Engineer.

Dr. Hunter received his bachelor’s degree from Auburn University, his master’s degree from NC State University, and his Ph.D. degree from Duke University, all in Electrical and Computer Engineering. While at Duke, his research focused on performance and dependability modeling of switched network and distributed applications, which proved extremely useful in his research and development activities. He continues as an adjunct/teaching professor at NC State with an interest in scalable, parallel, and resilient computing techniques.