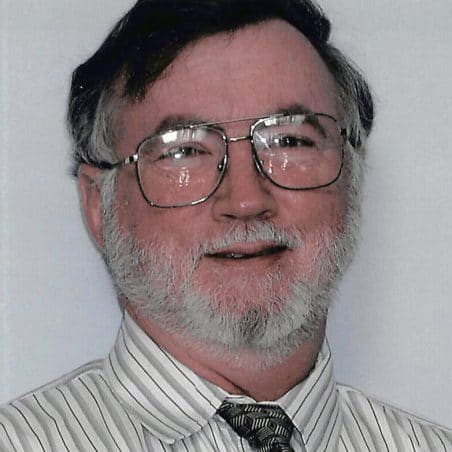 Wesley Snyder received his BSEE from North Carolina State University, and his MS and Ph.D. from the University of Illinois. After serving in the US Air Force and the Peace Corps, he joined the NC State Department of Electrical Engineering in 1976.

He was a Faculty Senator, chaired the University Research Committee, was Associate Head of Electrical and Computer Engineering, and was director of the Center for Advanced Computing and Communications.

Dr. Snyder is a Fellow of the IEEE and the American Institute of Medical and Biomedical Engineers (AIMBE). He has advised 28 MS and 24 Ph.D. students, published over 150 technical papers and authored two books, the first textbook in robotics and a machine vision textbook, and holds three patents. He has applied his expertise to problems ranging from medical imaging to satellite tracking at General Electric, NASA, the German Space Agency, and the Bowman Gray School of Medicine and other organizations. He was a manager or co-manager of U.S. Army Research Office funding programs, including Systems and Controls and Information Assurance Systems.

Remember, you are an engineer. Solving problems is what you do. Also, anything, once understood, seems trivial.