Accelerated Optimization in the PDE Framework

Following the seminal work of Nesterov, accelerated optimization methods (sometimes referred to as momentum methods) have been used to powerfully boost the performance of first-order, gradient-based parameter estimation in scenarios were second-order optimization strategies are either inapplicable or impractical. Not only does accelerated gradient descent converge considerably faster than traditional gradient descent, but it performs a more robust local search of the parameter space by initially overshooting and then oscillating back as it settles into a final configuration, thereby selecting only local minimizers with an attraction basin large enough to accommodate the initial overshoot. This behavior has made accelerated search methods particularly popular within the machine learning community where stochastic variants have been proposed as well. So far, however, accelerated optimization methods have been applied to searches over finite parameter spaces. We show how a variational setting for these finite dimensional methods (recently formulated by Wibisono, Wilson, and Jordan) can be extended to the infinite dimensional setting, both in linear functional spaces as well as to the more complicated manifold of 2D curves and 3D surfaces. 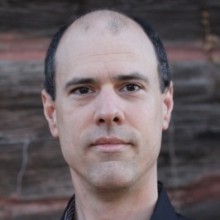 Dr. Anthony Yezzi holds the position of Julian Hightower Chair Professor within the School of Electrical and Computer Engineering at Georgia Institute of Technology where he directs the Laboratory for Computational Computer Vision. He has over twenty years of research experience in shape optimization via geometric partial differential equations. He obtained his Ph.D. in Electrical Engineering in December 1997 from the University of Minnesota with a minor in mathematics. After completing a postdoctoral research appointment at Massachusetts Institute of Technology, he joined the faculty at Georgia Tech in August 1999. Dr. Yezzi's research lies primarily within the fields of image processing and computer vision with a particular emphasis on medical imaging and 3D surface reconstruction. He has consulted for a number of companies including GE, 3M, MZA, Philips, Picker, and VTI. His work spans a wide range of image processing and vision problems including image denoising, edge- detection, segmentation, shape analysis, multi-frame stereo reconstruction, visual tracking, and registration. Some central themes of his research include curve and surface evolution, differential geometry, partial differential equations, and shape optimization.