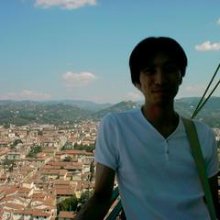 Keiji Kimura received the B.S., M.S. and Ph. D. degrees in electrical engineering from Waseda University in 1996, 1998, and 2001, respectively. He was an assistant professor in 2004, associate professor of Department of Computer Science and Engineering in 2005, and professor in 2012 at Waseda University. He was also a department head of CSE from 2015 to 2016 and an assistant dean of FSE from 2016 to 2017. He is a recipient of the 2014 MEXT (Ministry of Education, Culture, Sports, Science and Technology in Japan) award. His research interest includes microprocessor architecture, multiprocessor architecture, multicore processor architecture, and their compiler. He is a member of IPSJ, ACM and IEEE. He has served on program committee of conferences such as ICCD, ICPADS, ICPP, LCPC, IISWC, ICS and PACT.