Algebraic statistics advocates polynomial algebra as a tool for addressing problems in statistics and its applications. This connection is based on the fact that most statistical models are defined either parametrically or implicitly via polynomial equations. The idea is summarized by the phrase Statistical models are semi algebraic sets. I will try to illustrate this idea with two examples the first coming form the analysis of contingency tables and the second arising in computational biology. I will try to keep the algebraic and statistical prerequisites to an absolute minimum and keep the talk accessible to a broad audience. 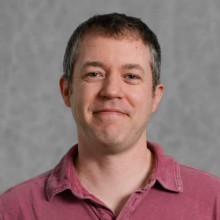 Seth Sullivant received his Ph.D. in Mathematics in 2005 at the University of California, Berkeley, under the direction of Bernd Sturmfels. He joined the faculty at North Carolina State University in 2008 as an assistant professor of mathematics. In 2009 he received a Packard Foundation Fellowship for his research in algebraic statistics.