Join us as we feature ECE Alum Emanuel Harrington, Vice President of Engineering at Hughes Networks. Emanuel will share insights about his exciting career path as a 2018 Hughes Networks award winner and the holder of multiple patents. He will reflect on lessons learned from being at NC State and how it impacted his career. 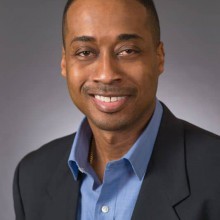 Emanuel started at NC State in 1988 in the field of Civil Engineering. After two summer internships, he decided his interest was more in Electrical Engineering and matriculated into that curriculum.

As an undergraduate student at NC State, he participated in electrical engineering summer internships and the cooperative education program; he also worked as a manager at the Talley Student Center during semesters that he was taking classes.

While at NC State, Emanuel was a Teaching Assistant, a Peer Mentor, and a member of the National Society of Black Engineers where he was once Student of the Year.

While in graduate school, Emanuel attended a Hughes information session in Daniel’s Hall (the then ECE building), had an interview in Pullen Hall the next day, and then flew to Maryland for onsite interviews at Hughes.
Emanuel has worked at Hughes as a digital board designer on several generations of broadband internet terminals, eventually transitioning to a technical manager for Hughes’ Very Small Aperture Terminal (VSAT) product line. He is responsible for consumer and enterprise satellite modems that are shipped worldwide.

While still responsible for many legacy products, he continues to develop both consumer and enterprise terminals based on the latest Jupiter technology. Now Vice President of Engineering at Hughes, Emanuel has been awarded seven U.S. patents related to satellite communication technology with many more pending.

As a proud Wolfpack alum, he continues to lead a team of hardware engineers; challenging them to think outside the box, be innovative, and spark new ideas.

Meet our fantastic ECE alumni and learn about their exciting career paths from their days in ECE throughout their professional lives. Find out what opportunities and challenges they met through their NC State experience and ensuring career journeys.