The ADS-B System represents the most revolutionary development in Air Traffic Control (ATC) surveillance of aircraft in the National Airspace System (NAS) since the advent of radar. The conceptual development of the ADS-B System began in the early 1990s, fundamental system-level decisions and worldwide standards for aircraft and ground equipment were made and developed over the next 15 years, an implementing rule for the NAS was finalized in 2010, Federal Aviation Administration (FAA) ADS-B ground systems with appropriate linkage to ATC automation platforms were put into place by 2014, and fleet-wide participation in the ADS-B System will be required in major portions of the nation’s airspace by January 1, 2020. ADS-B equipage is already required in several countries and will soon be mandated in Europe. 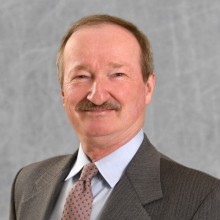 George Ligler is Proprietor of GTL Associates, which has provided consulting services in the aviation, computer, and telecommunications systems industries to 42 clients on 3 continents. George holds a B.S. degree in mathematics from Furman University and masters and doctorate degrees in computer science from Oxford University, where his studies were supported by a Rhodes Scholarship. After starting his career with the University of Texas at San Antonio and as a project and research manager at Texas Instruments, George was responsible for 475 research and development engineers at Burroughs' Special Systems Division. Subsequently, George was President of a computer graphics manufacturer and a Division and Group Vice President at Computer Sciences Corporation. In 1988, George founded GTL Associates, a consultancy, and has performed extensive consulting in telecommunications systems engineering, computer system engineering and hardware/software engineering, all across a wide variety of applications. For example, in aviation George has led standards committees in both the U.S. and at the International Civil Aviation Organization (ICAO) related to digital avionics, particularly for navigation (satellite navigation), surveillance (Automatic Dependent Surveillance-Broadcast, or ADS-B), and Unmanned Aircraft Systems (UAS).

Since 1990, George has had 18 years of service on 4 U.S. National Research Council Panels and one U.S. National Academies Standing Committee, and in August 2017 he was named Chair of a new U.S. National Academies Committee on Assessing Risks of Unmanned Aircraft Systems Integration. George has won RTCA's 2006 and 2017 Achievement Awards (aviation standards) and was a member of the recipient team for a U.S. Air Traffic Control Association 2015 Chairman's Citation Award of Merit for his Plenary leadership of the FAA/Industry's Equip 2020 initiative for ADS-B. At NC State, he is a member and Secretary of the Industrial Advisory Board for the NC State/UNC Chapel Hill Joint Department of Biomedical Engineering (BME) as well as a pro bono advisor on intellectual property matters to the Office of Technology Commercialization and New Ventures.

In February 2017, he was elected to the Special Fields and Interdisciplinary Engineering Section of the U.S. National Academy of Engineering "For leadership and engineering innovation in specifying and implementing complex computer-based systems for aviation and the U.S. Census."