Geospatial Intelligence analysis involves the combination of multi-source information expressed in logical form (as sentences or statements), computational form (as numerical models of physics or other processes), and sensor data (as measurements from transducers). Each of these forms has its own way to describe uncertainty or error: e.g., frequency models, algorithmic truncation, floating point roundoff, Gaussian distributions, etc. We propose BRECCIA, a Geospatial Intelligence analysis system, which receives information from humans (as logical sentences), simulations (e.g., weather or environmental predictions), and sensors (e.g. cameras, weather stations, microphones, etc.), where each piece of information has an associated uncertainty; BRECCIA then provides responses to user queries based on a new probabilistic logic system which determines a coherent overall response to the query and the probability of that response; this new method avoids the exponential complexity of previous approaches. In addition, BRECCIA attempts to identify concrete mechanisms (proposed actions) to acquire new data dynamically in order to reduce the uncertainty of the query response. The basis for this is a novel approach to probabilistic argumentation analysis. We will describe our current work with the Utah Department of Transportation to extend this to a Universal UAS large-scale Traffic Management System. 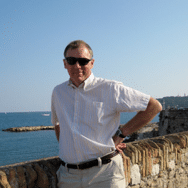 Thomas C. Henderson received his BS in Math with Honors from Louisiana State University in 1973 and his PhD in Computer Science from the University of Texas at Austin in 1979. He is currently a full Professor in the School of Computing at the University of Utah. He has been at Utah since 1982, and was a visiting professor at DLR in Germany in 1980, and at INRIA in France in 1981 and 1987, and at the University of Karlsruhe, Germany in 2003 and 2011, and was a Program Director at the National Science Foundation in 2010. Prof. Henderson was chairman of the Department of Computer Science at Utah from 1991-1997, and was the founding Director of the School of Computing from 2000-2003. Prof. Henderson is the author of Discrete Relaxation Techniques (University of Oxford Press, 1990), Computational Sensor Networks (Springer, 2009), Analysis of Engineering Drawings and Raster Map Images (Springer, 2014) and editor of Traditional and Non-Traditional Robotic Sensors (Springer-Verlag, 1990); he has served as Co-Editor-in-Chief of the Journal of Robotics and Autonomous Systems and as an Associate Editor for the IEEE Transactions on Pattern Analysis and Machine Intelligence and IEEE Transactions on Robotics and Automation. His research interests include autonomous cognitive systems, robotics and computer vision, and his ultimate goal is to help realize functional androids. He has produced over 250 scholarly publications, and has been principal investigator on over $10M in research funding. Prof. Henderson is a Fellow of the IEEE, and received the Governor's Medal for Science and Technology in 2000. He enjoys good dinners with friends, reading, playing basketball and hiking.