(Strong) barriers in sensor networks are the collections of the sensing nodes separating the terrain in a topological sense, thus preventing an intruder from crossing the protected domain in an arbitrary way. We investigate the possibility of self-organizing sensor networks following localized sleep-awake protocols to form strong barriers from the active (awake) nodes. To do so we exploit the remarkable ability of cyclic cellular automata to form self-assemble stable, periodic structures, even from random initial states. We show how these properties of CCA can be incorporated as a primitive in a number of fundamentally important, closely related network algorithms for intrusion detection in a wide-area wireless sensor network. 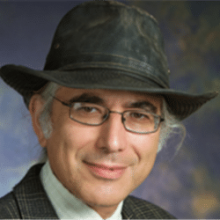 Prof. Yuliy Baryshnikov is a Department Head at Bell Laboratories, which he joined in 2001. He received his Ph.D. from the Institute for Control Sciences in Moscow in 1986 and held several positions in academia in Moscow, Eindhoven and Versailles prior to coming to the United States.