The field of auditory scene analysis has, as its main goal, the scientific understanding of our amazing powers of segregation of multiple simultaneous sound sources. Be it in a restaurant or other reverberant and noisy environment, normal hearing listeners segregate multiple sources, usually strongly overlapping in frequency, well beyond capabilities expected by current beamforming approaches. As is now commonly accepted, the differing dynamical modulation patterns of the sources are key to these powers of separation. But until recently, the theoretical underpinnings for the notion of dynamical modulation patterns have been lacking. We have taken a previously loosely defined concept, called “modulation frequency analysis,” and developed a theory which allows for distortion-free separation of multiple sound sources with differing dynamics. A key result is that previous assumptions of non-negative and real modulation are not sufficient and, in stead, coherent separation approaches are needed to extract simultaneous complex modulation patterns. These results may have an impact in separation and representation of multiple simultaneous sound streams for speech, audio, hearing loss treatment, and underwater acoustic applications. This research also suggests new and potentially important open theoretical questions for general nonstationary signal representations, extending well beyond acoustic signals. 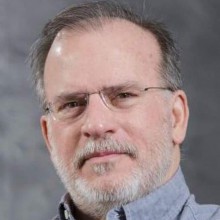 Professor of Electrical Engineering, University of Washington on January 11, 2008 at 12:30 PM in Engineering Building II, Room 1230

Les Atlas received his M.S. and Ph.D. degrees in Electrical Engineering from Stanford University in 1979 and 1984, respectively. He joined the University of Washington in 1984, where he is currently a Professor of Electrical Engineering. His research is in digital signal processing, with specializations in acoustic analysis, time-frequency representations, and signal recognition and coding. Professor Atlas received a National Science Foundation Presidential Young Investigator Award and a 2004 Fulbright Senior Research Scholar Award. He was General Chair of the 1998 IEEE International Conference on Acoustics, Speech, and Signal Processing, Chair of IEEE Signal Processing Society Technical Committee on Theory and Methods, and a member-at-large of the Signal Processing Society’s Board of Governors. He is a Fellow of the IEEE “for contributions to time-varying spectral analysis and acoustical signal processing.”