An important issue in visual neuroscience is to understand how neural networks (or circuits of neurons, i.e. brain cells) in the visual cerebral cortex determine neuronal responses to visual objects and visual perception. The goal of this project is to identify the circuitry and mechanisms for surround modulation in visual cortex. Surround modulation is the ability of visual cortical neurons to adjust their responses to an object (e.g. a vertically-oriented bar) depending on the visual context within which it is presented (e.g. a background of many vertical or horizontal bars). This phenomenon is thought to underlie ability to perceive objects in cluttered scenes. For example, a background of vertical bars suppresses the response to the single vertical bar, making it perceptually invisible. Instead, a background of horizontal bars increases the response to the vertical bar, making it perceptually to stand out from the background. A combination of computational modeling and experimental studies will be used to identify the circuitry and mechanisms for surround modulation. Specifically, to gain insights into the underlying circuitry, the spatial, temporal and tuning properties of surround modulation will be studied using visual stimuli designed to probe the underlying pathways. These data will be used to generate computational models of visual cortical circuitry and function. Modeling will be used to understand the mechanisms generating surround modulation and its role in visual perception. This research will uncover the neural substrates for higher visual cortical processing and perception. The interdisciplinary nature of the proposed work will create novel training opportunities for graduate students at the University of Utah. This project will support the training of several graduate students, and expose to the field of neuroscience undergraduate students from the field of bioengineering. 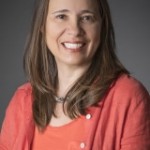