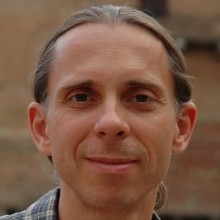 Wohlberg received the BSc(Hons) degree in applied mathematics, and the MSc (Applied Science) and Ph.D. degrees in electrical engineering from the University of Cape Town (UCT), South Africa, in 1990, 1993 and 1996 respectively. After graduating, he held postdoctoral research positions at UCT and thereafter at Los Alamos National Laboratory (LANL). He has been a technical staff member in the T-5 group at LANL since 2002.

His primary research focus during his initial few years at LANL was on image coding and wavelet filter banks. During this time he was a member of the U.S. technical committee on image coding standards, and contributed to extensions of the JPEG2000 coding standard. His current research interests include image restoration and related inverse problems, sparse representations, exemplar-based methods, and classification and detection problems. He is a Senior Member of the IEEE and was an Associate Editor for the IEEE Transactions on Image Processing from 2010 to 2014.