We consider the problem of detecting the presence of a packet flow in a wireless network using distributed traffic sensors that measure only the timing of packet transmissions.

We first present a characterization of flow detectability. Specifically, under certain traffic conditions, there exists a sharp threshold on the flow rate above which the detection error probabilities diminish as the number packets used in the detection increases. On the other hand, the flow is undetectable if its rate is below the threshold. This threshold also characterizes the maximum flow rate that can be hidden in independent traffic realizations. We then present some results on the distributed detection when communications between traffic sensors and the fusion center are subject to rate constraints. 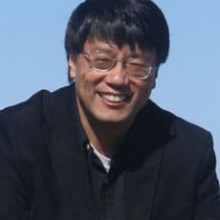 Dr. Lang Tong is the Irwin and Joan Jacobs Professor in Engineering at the Cornell University, Ithaca, New York. Prior to joining Cornell University, he was on faculty at the West Virginia University of Connecticut. He was also the 2001 Cor Wit Visiting Professor at the Delft University of Technology. Dr. Tong received the B.E. degree from Tsinghua University, Beijing, China in 1985, and M.S. and Ph.D. degrees in electrical engineering in 1987 and 1991, respectively, from the University of Notre Dame, Notre Dame, Indiana. He was a Postdoctoral Research Affiliate at the Information Systems Laboratory, Stanford University in 1991. Dr. Tongís research is in the general area of statistical signal processing, wireless communications and networking, and information theory. He has served as an Associate Editor for the IEEE Transactions on Signal Processing, the IEEE Transactions on Information Theory, and IEEE Signal Processing Letters.