Fractional Calculus and Fractal Dynamics (with some applications)

Physiology is found to be replete with fractal time series, for example, heart beats, respiration rate, walking and cerebral blood flow are all fractal processes. The evolution of such fractal stochastic phenomena is found to be well described by fractional partial differential equations for the evolution of the probability density and fractional Langevin equations for the evolution of particle trajectories. These ‘modern’ descriptions of complexity require the application of the fractional calculus, to capture the long-term memory (inverse power law) observed in complex time series, which we interpret in the context of a number of biomedical phenomena. 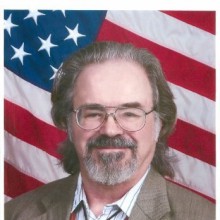 Dr. Bruce J. West is the Senior Scientist Mathematics (ST) in the Army Research Office of the Army Research Laboratory. He was elected a Fellow of American Association for the Advancement of Science in 2012; and received the Presidential Meritorious Rank Award in 2012; Army Samuel S. Wilks Memorial Award 2011; Army Research and Development Achievement Award 2010; ARL Publication Award in 2003 & 2010; Professional of the Year in Applied Physical Science & Mathematics 2009 & 2011, Cambridge Who’s Who; Chair 2010-12 Army ST Corps; Commander’s Award for Civilian Service 2010; Founding Editor-in-Charge of Frontiers in Fractal Physiology 2010; Fellow of the American Physical Society since 1992; past chair of the ARL Fellows; Member of the American Association for the Advancement of Science, American Geophysical Union, American Physiological Society and the American Physical Society. He authored over 300 peer reviewed journal articles and 17 books garnering over 16,000 citations resulting in an h-factor of 61.