Many handicapped subjects lack the necessary pathways to translate neural activity into movements even though their motor cortices may still be functional. Neural Prosthetics (NP), also called brain machine interfaces (BMIs), aim to restore the motor functions of such subjects by recording and processing the electrical activity of their brains. A BMI can be constructed with invasive or noninvasive technologies. Noninvasive methods, such as electroencephalogram (EEG), have minimal clinical risk, are easy to implement and inexpensive. However, their signal to noise ratio (SNR), spatial resolution, low information transfer rates and restricted bandwidth (0-40Hz) are limiting factors. Alternatively, a BMI could use invasive approaches to decode brain signals. These methods include single neuron activity (SUA) and local field potential (LFP) recorded with implantable electrodes or electrocorticogram (ECoG) acquired with electrodes placed on the surface of the brain. Single neuron activity has a high resolution. However, it is difficult to maintain a stable isolation of neurons for more than a few weeks or months at best due to tissue response and difficulties in locating a single unit activity amongst other factors. Recent research demonstrated that LFP and ECoG potentials, which reflect the activity of a population of neurons, could potentially be used to infer certain brain signals as efficiently as SUA, and are not as susceptible to long term recording problems as SUA. To date however, most researchers have applied the same signal analysis approaches developed for SUA to LFP recordings, substantially limiting the information that can be extracted from these signals.

In this talk, I will show that an adaptive selection of subject specific features from LFP and ECoG signals that evolves with the dynamics of the brain can accurately decode complex brain processes. Our preliminary results suggest that our proposed approach has the potential of nearly doubling the accuracy of LFP based multi-direction movement based NP over what is reported in the literature, automatically selecting the smallest number of stable features in time, frequency and space for classification, automatically discovering physiologically relevant features with ECoG and providing low complexity NP. Furthermore, to our knowledge, our findings are the first reported LFP-based evidence of cortical spatial organization of brain activity within the primary motor and premotor cortices corresponding to different movement directions. 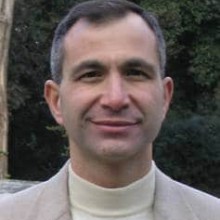 Professor of Electronic Communications, University of Minnesota on November 1, 2008 at 1:00 PM in Engineering Building II, Room 1230

Ahmed H Tewfik received his B.Sc. degree from Cairo University, Cairo Egypt, in 1982 and his M.Sc., E.E. and Sc.D. degrees from MIT, in 1984, 1985 and 1987 respectively. He is the E. F. Johnson professor of Electronic Communications with the department of Electrical Engineering at the University of Minnesota. Dr. Tewfik worked at Alphatech, Inc. and served as a consultant to several companies. From August 1997 to August 2001, he was the President and CEO of Cognicity, Inc., an entertainment marketing software tools publisher that he co-founded, on partial leave of absence from the University of Minnesota. His current research interests are in genomics and proteomics, wearable sensors for patients at cardiac risk or with traumatic brain injury, brain computing interfaces and programmable wireless networks. Prof. Tewfik is a Fellow of the IEEE. He was a Distinguished Lecturer of the IEEE Signal Processing Society in 1997 - 1999. He received the IEEE third Millennium award in 2000. He was elected to the board of governors of the IEEE Signal Processing Society in 2005. He has given several plenary and keynote lecture at IEEE conferences.